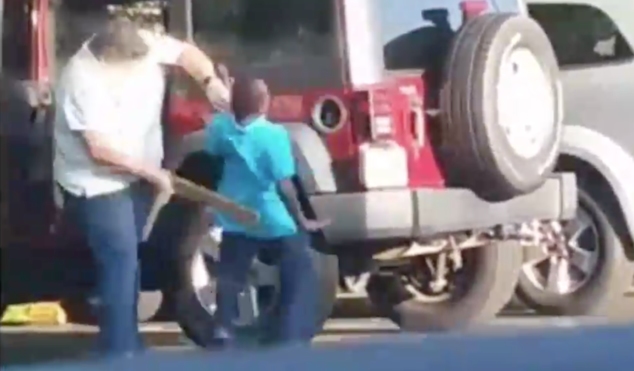 *Abuse shown towards ANY child is enough to make you mad as hell; but let’s keep it real, seeing a white woman laying a wooden paddle to the behind of a 10-year-old Black boy is going to raise more than a little hell.

And hell it has raised. To the tune of more than 70,00  views and growing in a very short period of time.

Thanks to the quick efforts of a concerned citizen sitting in her car, a video was taken and uploaded to social media. The video was obviously started late based on the comments that the woman shooting it makes. Her remarks as she appears to be speaking with someone either in the car with her, or she is speaking to the camera, makes us think that the woman has been hitting the child for a while before she gives him one last hit and he falls to the ground. She then throws the paddle into the jeep. END_OF_DOCUMENT_TOKEN_TO_BE_REPLACED