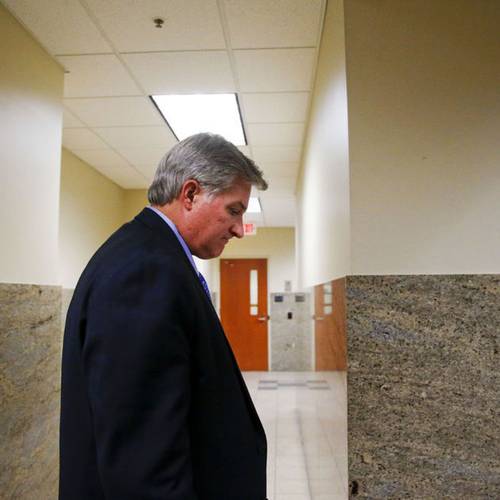 *No more hung juries to protect former Tulsa police officer Shannon Kepler, who has been charged with manslaughter for the 2014 murder of his daughter, Lisa Kepler’s, African American boyfriend, 19-year-old Jeremy Lake.

Three previous trials had ended in hung juries for the former Oklahoma cop. The charge carries a minimum sentence of four years in prison but sets no maximum term, leaving it up to the judge. The jury recommended that Kepler get 15 years behind bars when he’s sentenced Nov. 20.

Does something look OFF here to you, readers? A “minimum sentence of four years in prison” for KILLING a man?

OJ Simpson got more than that for robbery!

Weary from the previous deadlocked juries, whose 11-1, 10-2 and 6-6 votes led the judge to declare mistrials; Tulsa County District Attorney Steve Kunzweiler is relieved there was a conviction.

“I’m just grateful that the jury gave us some finality with this verdict,” Kunzweiler told the Associated Press. END_OF_DOCUMENT_TOKEN_TO_BE_REPLACED