Looking for a job? You may want to consider signing up for a language class. According to a new report published by New American Economy, the demand for bilingual workers is on the rise, more than doubling between 2010 and 2015. 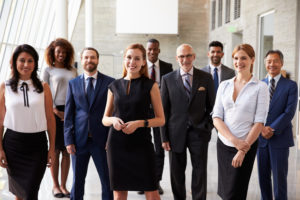 ers from Burning Glass Technologies analyzed online job postings and found that in 2010 there were about 240,000 job postings seeking bilingual employees. In 2015, this demand jumped to 630,000 posts. The Boston Globe reports that the most significant rises in demand were for individuals speaking Chinese, Spanish, and Arabic.

Demand for bilingual workers in higher-end jobs, in industries such as finance and engineering, grew the fastest, according to The Boston Globe. The majority of employers, however, were not looking for people with a bachelor’s degree. These job listings sought customer service representatives and medical assistants.

Speaking two languages has proven to pay off. Studies show that bilingual employees earn 20% more money than their monolingual peers. In addition to the financial benefit, bilingualism has career performance benefits as well. Today’s employees need to fit into the global economy, making bilingualism more important than ever, John Feinblatt, chairman of New American Economy, said in a press release.

“In today’s global economy, businesses require employees who can serve customers in a variety of languages,” he said. “This research highlights the growing need to attract and promote a multilingual workforce among both foreign- and U.S.-born talent.”

According to Pew Research, there will be about 38.5 million working-age immigrants living in the United States. As the United States workforce continues to evolve, so will communication expectations. Studies show that 55% of communication happens through facial expressions and body language, 37% through tone of voice, and 8% through words. In a multicultural workforce and client base, this 8% becomes vitally important.

The need for multilingual workplace communicators is especially tricky for less-widely spoken languages. Maria Vertkin, executive director of Found In Translation, a non-profit training low-income immigrants as medical translators, told The Boston Globe that the spike in the need for translators has been palpable.

The study noted that despite this clear demand, fewer students in the United States are taking language classes. Only 7% of college students were taking a language class by 2013, and less than 1% of adults had actually remained proficient in the language that they learned in school.

Language classes, while difficult, mobilize multi-sensory learning to obtain language comprehension in its entirety. Educational researchers show that 83% of learning happens visually, 11% happens through hearing, and the remainder through other senses. The study clearly shows that both employees and employers could benefit from an increase in this visual-auditory learning and communication.

“The data provides us with a comprehensive picture of what today?s employers are looking for?and also how the demand for bilingual workers has changed over the last few years,” the study concludes. “The results of our analysis are clear. In the years since 2010, the United States has experienced strong job growth. During this period, however, workers who could speak a second language fluently faced a distinct advantage.”