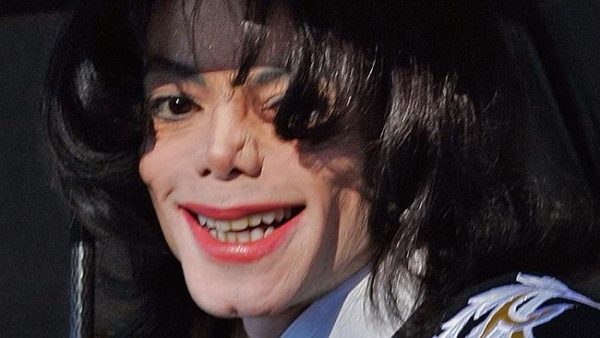 *This might be the absolute saddest ‘True Story’ you’ve ever read about Michael Jackson. A friend sent it to me and after reading it, I tracked down the author to ask if we could reprint it. His name is David Munk, and he graciously allowed us to publish his story. Get your coffee, tea or juice and snuggle up. It’s a long and fascinating read.

Here it is in its entirety.

In the years since Michael Jackson?s tragic death, passion for all things related to the brilliant, troubled superstar has only increased.  From the profound?his peerless musical legacy, to the perverse?endless speculation about his nose and myriad of other personal eccentricities, it seems that no subject is beyond the interest of his ever-growing fan-base.  In the early-2000s while running the music publishing company for songwriter/socialite Denise Rich, I had an unexpected and unforgettable opportunity to spend 45 minutes in private audience with the ?King of Pop?  Though the circumstances were mysterious and the take-away confusing, it was certainly unforgettable.  Here is my completely true, first-hand account of how I came to have a private audience with Michael Jackson, one of the greatest recording artists of all-time.  I have written the entire story from notes that I wrote shortly after our visit; nothing is exaggerated.

The intercom buzzed.  It was Denise?obviously.  ?Oh, oh, is this David?  It?s Denise,? she said, always emphasizing the second syllable of her name in that breathy, singsong, little-girl voice, as if I might not be able to identify my boss, with or without the caller I.D. that said ?bedroom.?  Denise?s voice was a curious instrument that sounded like a B?nai Brith Marilyn Monroe and frequently made me feel like she?d stepped out of a photo session with Bert Stern just to tell me a secret.  ?Hi, Denise, yes it?s me,? said I, with an insincere air of surprise, in what had come to be our version of Rhoda?s daily routine with Carlton the doorman.  ?Oh?okay,? she?d say, trail off for a moment, and then return, breaking into a nervous but warm laugh, which seemed to celebrate the simple act of having clearly established our identities and proximity to each other within the spralling 5th Avenue triplex aerie she called ?home? and I called ?office.?  Denise?s happy laugh was always a sign we were moving in the right direction, like the chortle of a baby that had only just discovered its toes.

This same bit of business played itself out every time we spoke?which is to say incessantly?but for Denise Rich, songwriter/socialite (that was the order she liked me to use), each time she spoke to me on the intercom was like our first hello.  ?Listen?what I wanted to say was?okay?be ready to leave?in about a half an hour..be ready, okay??  The word ?distractible? did not begin to measure Denise?s level of conversational disengagement. ?Sure,? I said.  ?Where are we going??  ?I?ll explain on the way?I?ll come down?I?ll see you soon?Okay?Buh, bye!?  Click. END_OF_DOCUMENT_TOKEN_TO_BE_REPLACED