*Art can be a tricky thing. To create it, you are generally inspired by something: be it an event, an incident, a thought or something you heard. As a writer, I am inspired by conversations, incidents that happen to myself, a family member or friends. Musicians, I would think, can be inspired by the same.

Recently, the legendary Quincy Jones did an interview with Vulture and called the late Michael Jackson the “Machiavellian of music.” He said Jackson “was a thief” when it came to his inspiration behind a few of his biggest hits. Now before we go any further, this is not to say Quincy lied. I actually believe that HE believes Jackson stole the music. This article is to differentiate “theft” from “inspiration.”

BTW, I was “inspired” by Quincy Jones’ recent interview to write this article.

Now I’m no legal professional. But I do know there are Intellectual Property legalities — and where music is concerned, it has something to do with the usage of a number of bars in a song and/or too much similarity, etc. You know, the same blurred lines (pun intended) that got singer Robin Thicke in trouble. 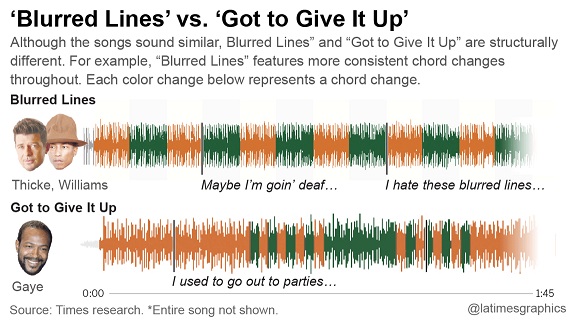