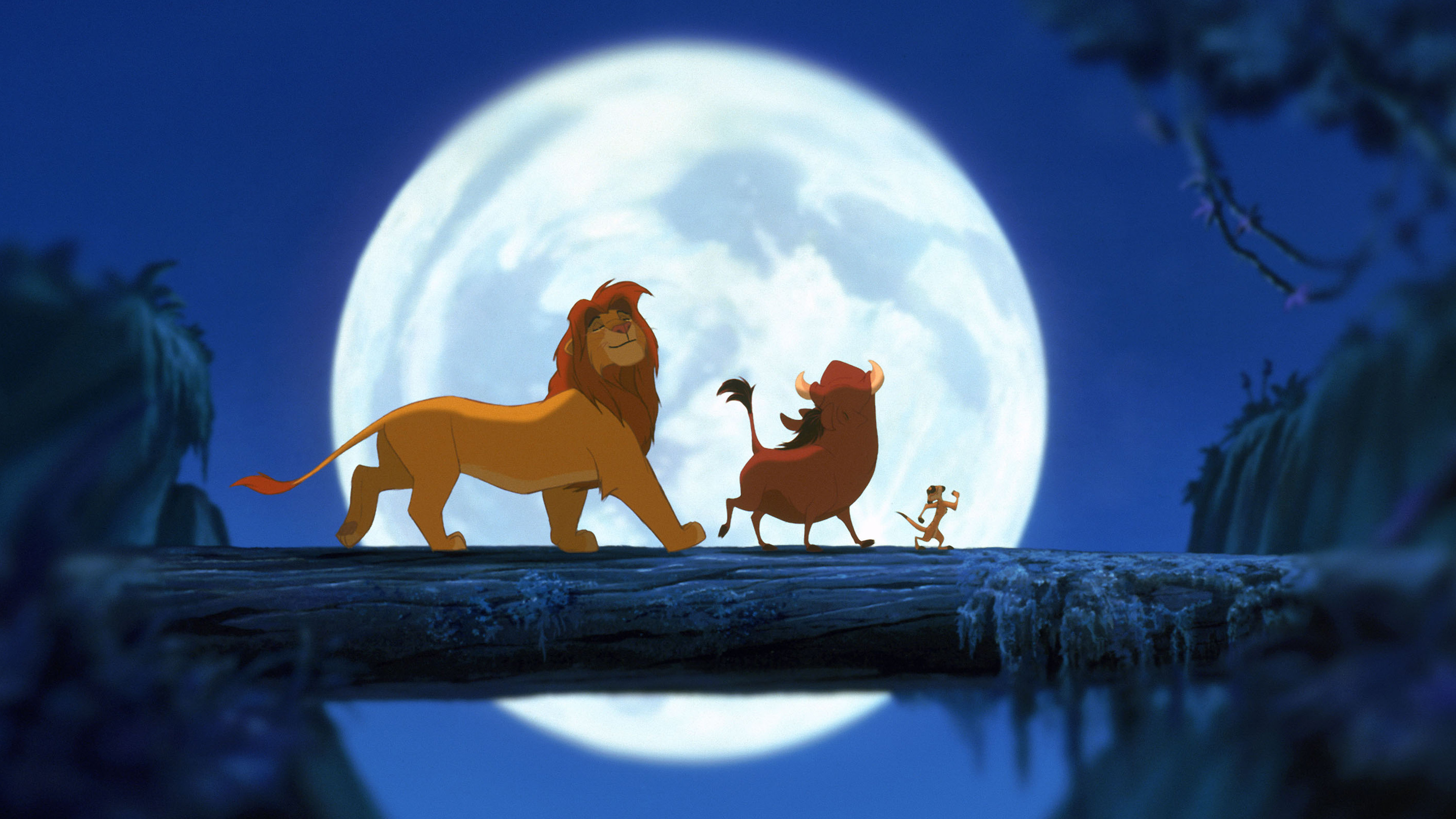 Ed Collins, General Manager at The El Capitan Theatre said, ?Disney created an instant classic with the original release of ?The Lion King? in 1994 and its popularity has never wavered. We are thrilled to offer a whole new way to enjoy this beloved Disney film at The El Capitan Theatre. Who can resist singing along to such unforgettable songs as ?Hakuna Matata,? ?Can You Feel The Love Tonight? and ?Circle of Life??  ?THE LION KING SING-ALONG? will also include a special live appearance by Timon on The El Capitan Theatre stage before every show. There is simply no better way to experience the laughter, music and majesty of this Disney masterpiece.? END_OF_DOCUMENT_TOKEN_TO_BE_REPLACED 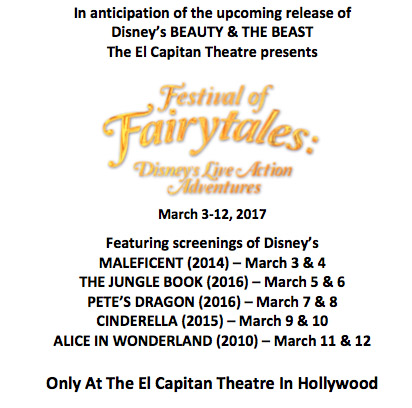 *HOLLYWOOD, Calif. (February 14, 2017) ? In anticipation of the upcoming release of Disney?s ?Beauty and the Beast,? the latest live-action adaption of a classic animated film, the legendary El Capitan Theatre presents a series of films, FESTIVAL OF FAIRY TALES: Disney?s Live Action Adventures, from March 3 ? 12, 2017.

?Recently Disney has taken some of its most beloved stories and made them into new films for new audiences ? of which ?Beauty and the Beast? opening March 17 here at The El Capitan Theatre is the latest,? said Ed Collins, General Manager of The El Capitan Theatre.? ?Many of these new films which have been very popular with audiences and critics alike have become classics in their own right.? They have given a whole new generation a way to have a unique experience with these characters. We know that our El Capitan Guests will welcome a chance to see these films again on the big screen as they were meant to be seen and we are thrilled to present them now.?

The El Capitan Theatre is offering a special FESTIVAL OF FAIRYTALES Package; for $50 per person, guests receive a Reserved Ticket, small box of popcorn & 12 oz. fountain drink to each of the five films, tickets for this package must be reserved in advance by calling 818-845-3110.? Guests will choose show date & seats for all five films at the time of purchase.? A $20 VIP preferred ticket is also available for each film individually, which includes a VIP Preferred Seat, popcorn in a souvenir tub and 20 oz. drink. END_OF_DOCUMENT_TOKEN_TO_BE_REPLACED

Exclusively at The El Capitan Theatre, the theatre will come alive under the magical spell of an immersive light and projection show before the movie featuring a dazzling SWAROVSKI crystal curtain, bringing the tale as old as time to life in a new and spectacular way. END_OF_DOCUMENT_TOKEN_TO_BE_REPLACED