So far they are set to travel to the following locations. Good luck! END_OF_DOCUMENT_TOKEN_TO_BE_REPLACED

*Hollywood, California ? The International Academy of Web Television will host its 6th Annual IAWTV Awards at a gala celebration honoring the best in streaming series starting at 8 p.m. on August 24, 2018, in the Ahmanson Ballroom at the Skirball Cultural Center in Los Angeles. Red Carpet will start at 6 p.m.

The IAWTV (www.iawtv.org), a division of The Caucus of Producers, Writers & Directors (www.caucus.org), will recognize the finest creators, cast and crew of web series from around the world. The IAWTV Awards 2018 returns the ceremony to its second year at the Skirball Cultural Center.

Open to IAWTV members and non-members through the festival submission site FilmFreeway (www.filmfreeway.com), the show itself will recognize the contributions of creative professionals in 29 separate categories that run the gamut of genres and crew positions. The entire ceremony will be streamed live online. Former hosts for the show include Emmy-winners Kim Estes, Chris Hardwick and Carrie Preston; and Tony-winner and SAG Award-winner Roger Bart. The IAWTV will announce its 2018 host soon.

The submission Deadline is: Thurs, May 31st. END_OF_DOCUMENT_TOKEN_TO_BE_REPLACED 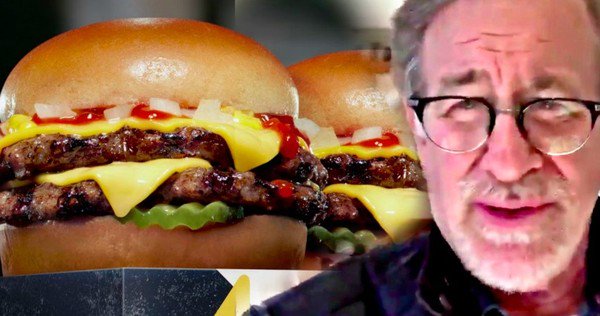 According to digg.com, the fake fight of the fast food vs. filmmaker feud was busted wide open after the back-and-forth tweeting was limited to just Carl’s Jr. and Warner Brothers. Carl’s Jr. then sent someone out to Spielberg’s Amblin Entertainment headquarters to hand deliver some burgers. In a video tweet  Spielberg says the burgers are “pretty good” but won’t let Carl’s Jr. use his name! END_OF_DOCUMENT_TOKEN_TO_BE_REPLACED 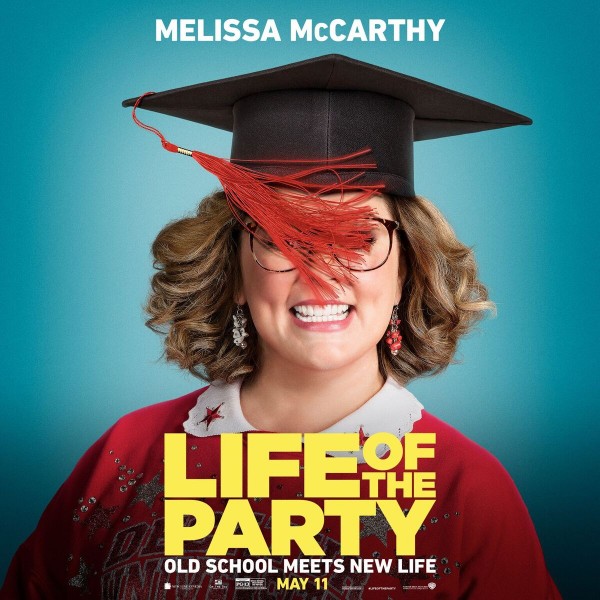 *Students who participate in Warner Bros. Pictures’ and New Line Cinema’s LIFE OF THE PARTY Premiere Promotion can help bring the party-and the movie premiere-to their city simply by showing they have more school spirit than their peers at other colleges across the country.
Starting today, the Premiere Promotion will launch online at www.LifeofthePartyPremiere.com and via all WB social arenas. Just by posting a photo on a social media account depicting their school spirit and uploading it to the site, students will be eligible to make their school’s town the site of the LIFE OF THE PARTY World Premiere.  Participants will also need to follow either the official “Life of the Party” Twitter or Instagram accounts (see links below) during the entirety of the Promotion to remain apprised of Promotion developments.

END_OF_DOCUMENT_TOKEN_TO_BE_REPLACED

*Yippee! If you are one of the hordes of folks who can’t wait to take your kids see the new Disney Film, A Wrinkle in Time, directed by Ava DuVernay, standing in line may be more than worth it. Especially if the ticket is FREE.

Thanks to an initiative called, The Color of Change, it just may be.

Executive director Rashad Robinson says, “Color of Change believes in the power of images and supports those working to change the rules in Hollywood so that inclusive, empathetic and human portrayals of black people and people of color are prominent on the screen.”

The film is an adaptation of Madeleine L’Engle’s 1962 novel, and the colorful cast stars  Mindy Kaling, Oprah Winfrey, and Storm Reid, a black teenager from South Central L.A., as the heroine. Important to note that in the book, Meg is white and lives in Connecticut.

This revision struck an important chord with DuVernay, who told The Washington Post…

“She’s just a black girl who has no superpowers but ends up doing extraordinary things that she didn’t even know she could, and I relate to that.”

Rashid Robinson states, “From Selma to now A Wrinkle in Time, Ava DuVernay has set out to change the rules in Hollywood for people of color and women. By casting a black teenage actress, Storm Reid, as the heroine at the center of this story, the filmmakers, and the studio, send a powerful message to millions of young people who will see someone like them embracing their individuality and strength to save the world. We are pleased to partner with AMC to ensure that as many young people as possible, regardless of economic and financial hardships, can see this groundbreaking film.”

Winfrey has compared DuVernay’s movie to a “new Wizard of Oz.”

Learn more about the screenings in the video clip below.

Be the first to see the movie — on Thursday, February 15. The El Capitan Theatre will host a Special Opening Night Fan Event for Marvel Studios? Black Panther at 6:00 PM.  Admission is $35 per person, which includes: reserved seating, popcorn in a souvenir bucket, 20 oz. bottled drink and a souvenir poster. That evening will include prizes and more surprises!