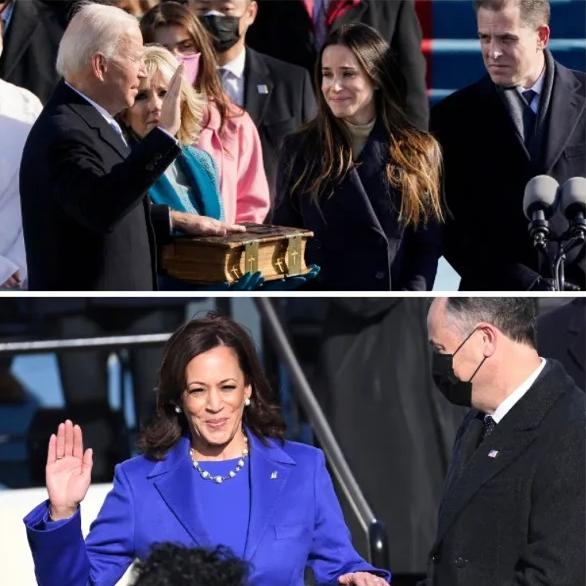 *An Inauguration Day unlike any other, Wednesday’s transfer of presidential power made history on a number of levels.

The ongoing and still growing coronavirus pandemic precipitated President Biden’s request that Americans not attend the quadrennial event. The attack on the U.S. Capitol also dictated the size of those invited to attend. Without exaggeration, there were more security forces on guard than there were guests on hand.

There was a greater sense of inclusion and reverence in the events that began Tuesday as the Bidens left their Wilmington, Delaware home speaking with family, friends and neighbors. That included the president’s emotional salute to his late son, Beau Biden. It continued Tuesday evening with the memorial service at the Lincoln Memorial reflecting pool honoring the now more than 400,000 Americans killed by COVID-19.

Inauguration Day 2021 was a day of solemnity but also one of celebration, honor, and history. Two weeks ago to the day, on the site of the violent attack on the U.S. Capitol, the historic transfer of power sought to restore confidence in the continuation of democracy.

The excitement was palpable as Kamala Devi Harris, the first woman, first African American and first Asian American, was sworn in as Vice President of the United States by the first Latin female to sit on the Supreme Court, Justice Sonia Sotomayor.

With words of hope and promises of a more unified government, President Biden sought to turn the page of the history of the last four years and especially the last two weeks. He stressed that “Democracy has prevailed,” as he told the country, “We must end this uncivil war.”

The violent events of two weeks ago were still on the minds of many. There was a special moment as Capitol Police Officer Eugene Goodman, recognized for his heroic actions to draw the insurrectionists away from Vice President Pence, was on hand. Officer Goodman escorted Vice President Harris and Second Gentleman Emhoff to the ceremony in his new role as Deputy House Sergeant at Arms.

Songs were sung by today’s celebrities, Lady Gaga, Jennifer Lopez and Garth Brooks, but a new star was born, as 22-year-old Amanda Gorman, the first National Youth Poet Laureate, recited her poem, “The Hill We Climb” to perfection. Her words referenced history from centuries past to events two weeks ago, and bringing it back to today, of a skinny Black girl raised by a single mother, can dream of becoming president, but first, reciting for one.

The President and Vice President participated in the day’s festivities and then went to work. President Biden signed a stack of Executive Orders ranging from creating a White House office COVID-19 response to extending the moratorium on housing evictions. The Vice President hit the ground running as the President of the Senate. She swore in Georgia Senators Rev. Raphael Warnock and Jon Ossoff, and Alex Padilla, succeeding Ms. Harris, as California’s Senator.

The day’s celebrations included a most unusual Inauguration Parade. While the pandemic prevented most parade celebrants from traveling to Washington, modern technology brought people together from all over the world in the virtual “Parade Across America.” Villagers from Kamala Harris’s ancestral home in southern India made offerings of fruit, lit firecrackers and prepared hundreds of snacks in celebration. As entertainer Andra Day sang her hit, “Rise Up,” in Los Angeles, 9-year-old Kaitlyn Saunders performed a skating routine at Black Lives Matter Plaza in Washington, D.C. Other D.C performances included the drumline of the Vice-President’s beloved Alma Mater, Howard University. The live concert Wednesday night, “Celebrating America,” put a bow on the night with host Tom Hanks, performances from musicians including John Legend and Bruce Springsteen, and appearances by stars such as Kerry Washington and Eva Longoria.