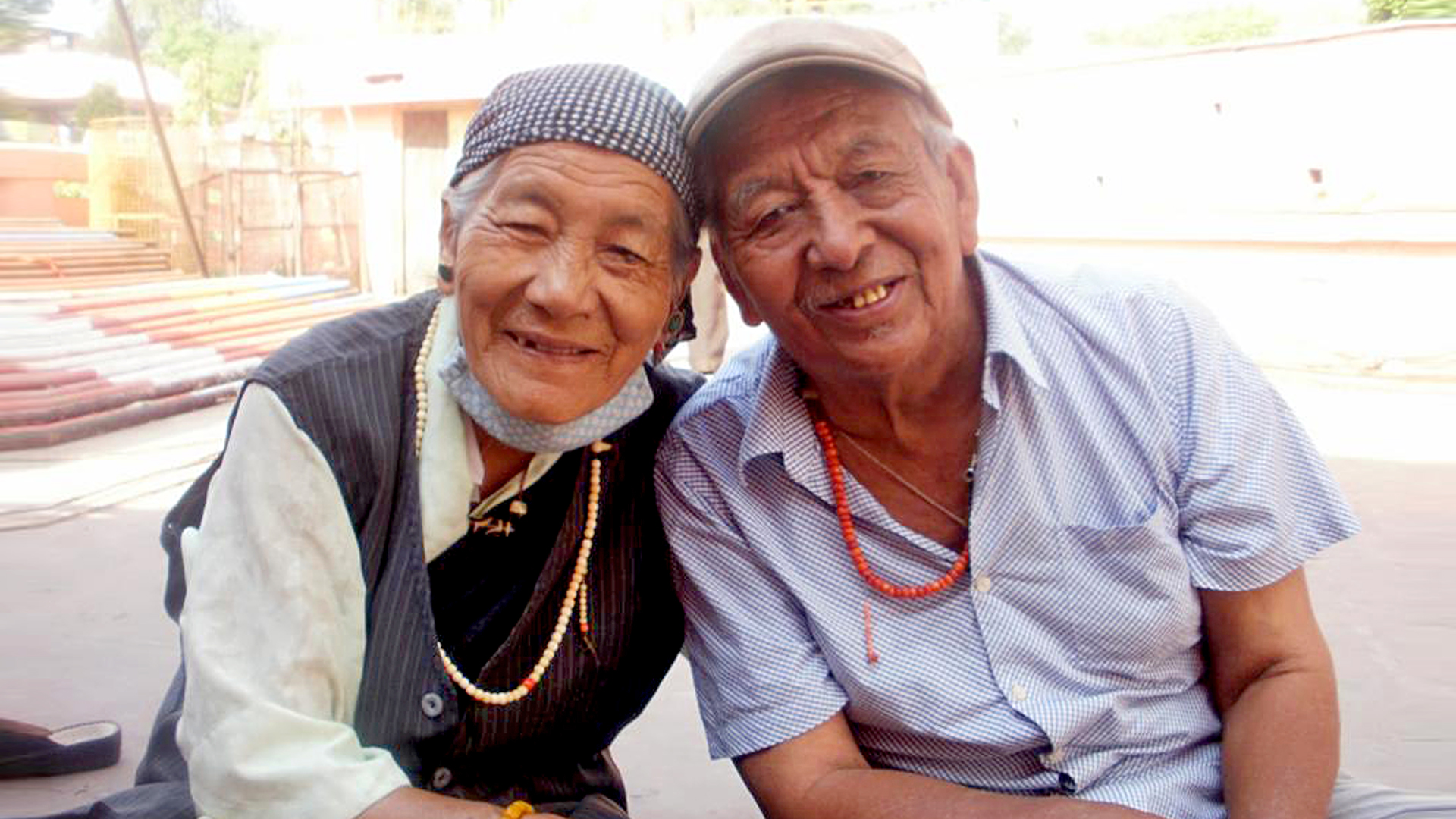 MUMBAI — In September this year, the Tibetan community in Bengaluru, a city in south India, experienced a rare phenomenon. Passang Chokpa, a 90-year-old woman was declared dead by a doctor after a thorough examination. Her pulse was absent, her heartbeat had stopped, and she was not breathing.

But as relatives began making arrangements for her last rites, they noticed that her body had not stiffened, there was no discoloration and she appeared as if she was in deep sleep.

They realized that Chokpa was in a state of thukdam — a post-death meditative state wherein the body of the person declared dead clinically shows no signs of decomposition. Thukdam or tukdam in Tibetan means controlling or stabilizing (dam) consciousness (tuk). Community members say that only highly realized Buddhist monks are known to achieve this state.

“As Tibetans, we had heard about the phenomenon of thukdam but no one in our family had experienced it,” said Chokpa’s 33-year-old granddaughter Tenzin Rangdol. “It was around 2.55 am on Sep 16, when the doctor declared the death of my grandmother. Her cremation was scheduled after three days but during the process, one of our relatives noticed that her body showed no signs of death.”

The family then delayed the cremation, until Chopka came out of the post-death meditative state. They also lit 1,000 lamps every day while four lamas (Buddhist monks) were called to chant prayers. On Sep 23, the seventh day, Chokpa came out of thukdam, when her body started showing signs of decomposition. She was cremated the same day.

The nonagenarian had fled Tibet and lived in Bhutan in her earlier days. She came to India along with her husband, children, and grandchildren in 1980’s and the couple ran a Tibetan restaurant in Mundgod, near Hubli in Karnataka, a state in south India. After her husband’s death in 2015, Chokpa came to live with her daughter and other family members in Bengaluru. “Both my grandparents were religious, and down to earth,” said Rangdol. “We were all surprised that grandmother attained the state of thukdam, because our grandfather was more particular about prayers and meditation.”

Dr. Jampa Yonten, a practitioner of traditional Tibetan medicine who first examined Chokpa after her health deteriorated said that he was called to their house early in the morning at 2.30 am as she had developed severe difficulty in breathing. “She had been my patient for the past few years and she mostly had age-related illnesses like breathing trouble and forgetfulness”, said Dr. Yonten. “After the traditional examination such as pulse reading, eyes examinations checking with the stethoscope, it was clear that everything had stopped functioning and therefore I declared her death. But without the clinical examination, it would seem like she was in a very peaceful sleep.”

Dr. Yonten observed Chokpa for nearly 12 hours before confirming that she was in the state of thukdam. A doctor from the National Institute of Mental Health and Neuro Sciences was also called to examine her, said Dr Yonten.

Some scientists have been closely studying the phenomenon of thukdam but there is limited literature in the public domain.

“During tukdam, practitioners use the subtlest level of consciousness, referred to as chiwe-osel in Tibetan (clear-light state), that is either simulated while alive or follows a biological death,” said Tenzin Namdul, who is researching the phenomenon.

“Based on my years of observing and talking to Tibetan practitioners, both monastic and lay, we could say that the rationale behind such life-long and unique meditative practice is to get to a state of mind where any level of distractions are eliminated and the level of concentration and cognitive function is exponentially elevated. They do this by suspending their animation via shutting down sensory consciousness and part of the brain and cardiorespiratory systems. While practitioners engage in tukdam post-biological or clinical death, they are able to delay the process of rigor mortis, decomposition, and maintain the warmth of the body, and sometimes, produce a pleasant fragrance.”

In 2008, Namdul observed and collected data of a senior Tibetan Buddhist monk at the Drepung Monastic College in southern India, who was in the state of tukdam for 18 days. “Although quite skeptical in the beginning, I saw and experienced something while observing the monk that completely blew me away and found a deep sense of respect and excitement as well,” said Namdul.

“The monk who was pronounced dead at a hospital continued to keep his ‘dead’ body intact without any signs of physical decay for weeks and displayed everything mentioned in Tibetan Buddhist texts. As I saw hundreds and thousands of people, both Tibetans and local Indians, flocking to a monastery to witness the practice, I couldn’t help wondering how such practice could shape the ways people in such culture think about death, prepare for dying, and importantly, how they care for people who are dying. These questions not only motivated me to go back to school to pursue my PhD, but also informed my research interest.”

According to Namdul, it is not so common to see lay people entering the state of tukdam. During his 18 months of fieldwork in Tibetan refugee communities in southern India, he observed eight tukdam cases and seven of them were senior monks. “One lay person who stayed in tukdam used to be a monk in Tibet and was still deeply engaged in spiritual practice even though he gave away his monk vow once he escaped to India,” said Namdul.

“However, one interesting aspect of different ways of dying in this culture is: what is the state of mind of a dying person. Many scholars at monasteries in India told me that keeping a stable mind, focused on something that could facilitate a deep sense of peace and compassion, could have a similar effect as during the process of tukdam.”

Sixty-one-year-old former Buddhist monk Lobsang Choedar said this was a rare case where a commoner attained the state of thukdam. “Generally, highly enlightened, senior Buddhist monks achieve such a state,” said Choedar. “This is the first such case that I have come across in my life. The phenomenon of thukdam is mentioned in many Buddhist texts and the longest thukdam of nearly six months was recorded sometime in the 19th century. Thereafter, monks have achieved the state of thukdam anywhere between a few months to a few weeks or days.” Choedar believes that 90-year-old Chokpa would have lived in peace, truly practicing the Buddhist way of life which led her to the state of thukdam.