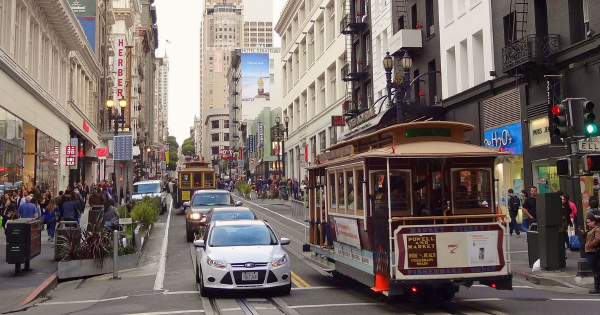 The efforts being made towards the wide-scale production of driverless cars has seen both progress and setbacks recently. While Cruise recently deployed five of its experimental driverless cars in San Francisco, Uber has sold its own unit dedicated to driverless vehicles to Aurora. Self-driving cars have long been desired not only by portions of the public at large, but major companies invested in the potential financial gains that such an innovation would equal. Uber’s sale indicates that there are a number of issues standing in the way of driverless cars, while Cruise’s decision to put driverless cars on the road makes clear that the ambition behind the vehicles remains.

The concept of driverless cars has historically been surrounded boy both excitement and various anxieties. Safe and efficient driverless cars could potentially equal safer roads in turn. There would be no room for human error among driverless vehicles. As millions of people are injured on American highways each year, many have been intrigued by these aspects of the potential vehicles. Conversely, detractors express concerns about the reliability of driverless mechanisms. Driverless cars would inherently require a large amount of trust from the public. For that matter, any minor malfunction within the vehicles could lead to injury or even death, which means that they must be vigorously tested prior to their release.

Uber’s driverless car program was not pursued impetuously. In 2015, Uber’s then-CEO Travis Kalanick surprised much of the world when he hired 40 roboticists from the National Robotics Engineering Center at Carnegie Mellon. These roboticists were apparently hired with the intent of progressing Uber’s self-driving car unit. Uber, a giant in the rideshare industry, could potentially change not only its individual financial space but the automobile industry as a whole in a fundamental manner if the project succeeded.

This is why Uber’s recent sale was treated with such shock. This means that the progression towards not only driverless cars but the so-called “robotaxis” has potentially been pushed back several years at least. Uber’s specific sale was that of its unit created through the aforementioned mass roboticist hiring, Advanced Technologies Group. Based in Pittsburgh, the team hosts 1,200 employees.

In what is potentially a good sign for the future of driverless vehicles, the buyer of the group was Aurora. Aurora is a tech developer specifically interested in self-driving cars, and as a part of the sales deal, Uber will invest $400 million into the company. This will bring the overall valuation of overall over the $10 billion mark and triple its workforce in total. Furthermore, Uber’s current CEO, Dara Khosrowshahi will take a seat on Aurora’s board. This could indicate Uber’s vested interest in self-driving cars remaining consistent despite the sale and certainly does leave its influence on Aurora beyond the sale of the unit.

There are several reasons why Uber may have chosen to make the sale. There is a consolidation occurring around self-driving technology, which further motivates the investment into tech-based companies like Aurora. In terms of Uber’s investment, the progress in the driverless car industry has not only been slower than what may have initially been expected, but more costly as well. Though it spent over $1 billion in its first five years of existence, Advanced Technologies Group also lost $303 million.

Aurora’s focus is primarily not only the driverless vehicles themselves, but on the technology that pilots the driverless vehicles. Hyundai, Byton, and Fiat Chrysler Automobiles have all signed deals with Aurora, and as Toyota previously invested $500 million in the Uber unit, it will likely gain support from that company as well.

Uber itself has several reasons for backing out of the self-driving car initiative. The company is currently attempting to become profitable and has abandoned both its micromobility unit and part of its interest in its truck logistics business. Driverless cars proved problematic for Uber, as it was sued by Waymo for trade-secret theft following its acquisition of self-driving technology business Otto. In 2018, a woman was struck and killed during a test of Uber’s self-driving cars. This was the first death in the self-driving industry. Uber came under scrutiny for lacking an operational safety division, among other things. Therefore, it may not seem surprising to many that Uber has in many ways departed the self-driving industry. This does not mean, however, that self-driving cars, in general, will be abandoned; with the McKinsey Global Institute estimating that between 25% and 45% of new products initially fail, there is room for improvement.

While Uber may have experienced great stress when launching self-driving cars, Cruise hopes for different results. Five electronic driverless cars were launched on the streets of San Francisco by Cruise, the beginning of a progressive project that is meant to release more cars onto the streets over time. These initial five cars remain a part of a test program that is being carefully monitored.

Cruise, a subsidiary of General Motors, ultimately intends to create a commercial product. Its driverless cars are being tested for widespread availability, with the goal of creating vehicles that are not only safer but more affordable and environmentally friendly.

San Francisco is not actually a total stranger to driverless vehicles, which could be part of the reason why it is utilized during tests such as these. However, previous vehicles have been manned by test drivers (similar to the driver that was held negligent by a court of law in the aforementioned Uber accident). The vehicles deployed by Cruise will maintain safety operators in their passenger seats during the beginning of the use permit. Gradually, the goal is to remove these drivers. As of now, the operator in the passenger seat can make the vehicles stop, but will not have access to full driving controls.

Cruise will need to gain the trust of the public and government officials before its tests are expanded into different neighborhoods. This can be done as it provides testing data and executes successful tests. Though driverless cars may not be immediately available for the public at large, Cruise intends to continue its testing in the months to come.