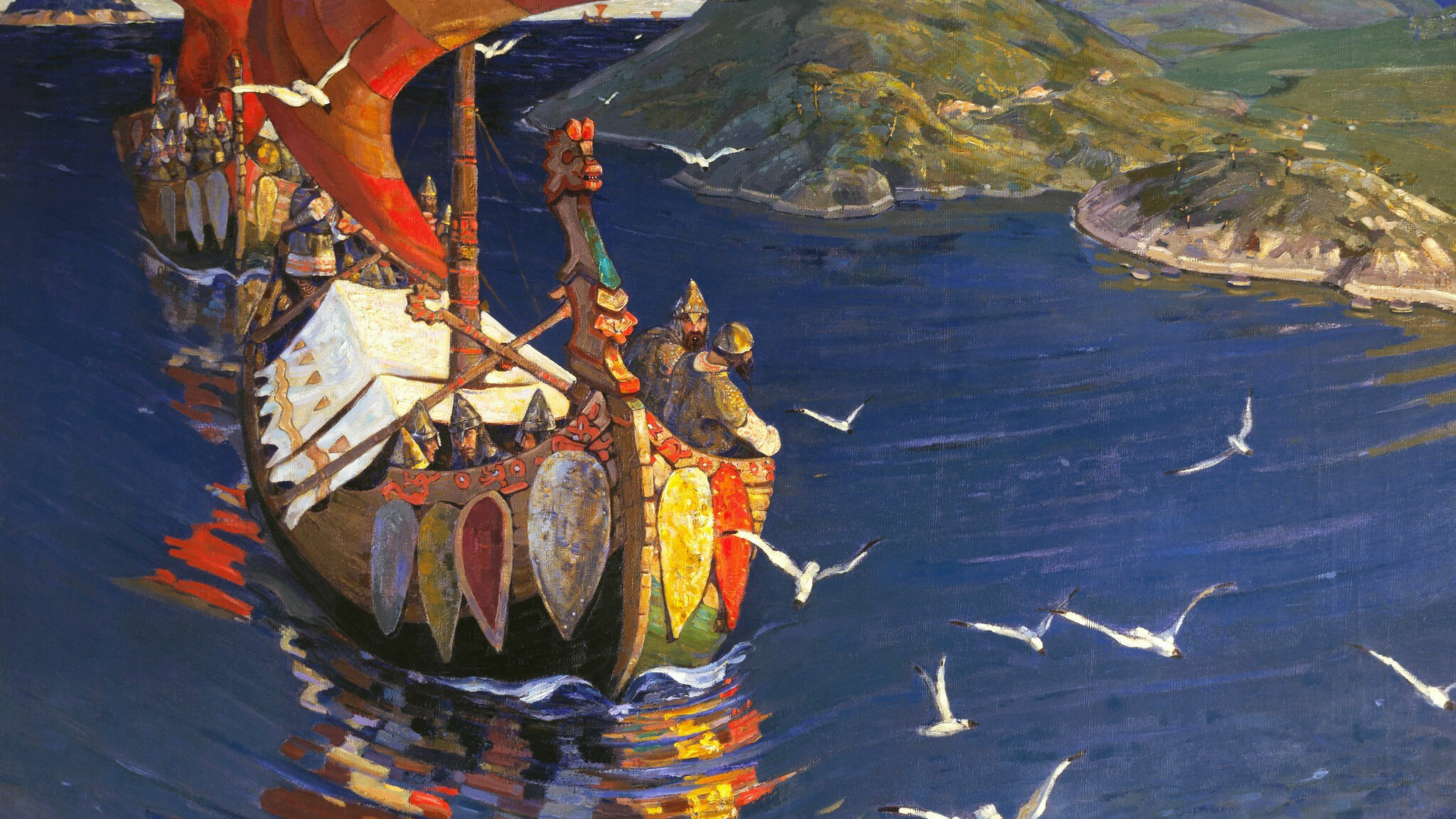 The Vinland map demonstrates that Christopher Columbus did not discover the Americas and that a group of Vikings reached the continent’s eastern coasts and founded a colony nearly five centuries before.

Vinland was the name given to this part of the world for its dense vineyards.

For a while, the Vinland sagas were the only sources of information about this region.

However, archaeologists discovered some abandoned and almost destroyed homes on the Atlantic coast in 1960, serving as evidence of the pre-Columbian Norse exploration. Years later, the Vinland map solidified these theories.

In the 1950s, a mysterious 15th-century map caused controversy within the European scientific community. It accurately described Greenland, part of Newfoundland and Labrador.

The map suggests that the Vikings arrived before the Spaniards to the New World. This theory was then the subject of academic debate. So, its authenticity needed to be proved.

London book dealer Irving Davis unearthed the map. He bought it from an Italian antiquities dealer and offered it to the British Museum’s archeology department. From there, research and analysis did not stop.

The British Museum’s curators didn’t believe the map to be authentic as there was no evidence of it in historical sources or academic papers. So, Davis ended up selling it to Laurence C. Witten II, an American collector who saw authenticity elements on it: the parchment materials were, in fact, medieval; its visual elements coincided with the 15th-century cartographies, and its calligraphy corresponded to the historic period.

It would be hard for a forger to have so many skills and knowledge. Besides, researchers were not aware of this map’s existence, so it could not have been easy to get large sums of money for it. Even so, many continued to be suspicious of the map.

Later, researchers discovered that the Vinland map’s parchment sheets were similar to those of a medieval volume, The Tartar Relationship.  However, their wormholes, which they shared as a feature, did not coincide. If the map were part of The Tartar Relationship, the holes would have matched. But they did not.

Tom Marston, an expert in medieval documents at Yale University and Davis’s friend, told him in the spring of 1958 that he had discovered an unpublished manuscript called Speculum Historiae (Mirror of History.) This manuscript included volumes 21 through 24 of Vincent de Beauvais’s Speculum Maius (The Great Mirror.) Davis was finally able to connect the dots: the Vinland Map’s wormholes coincided with those of the Speculum. The map was original! Both the Speculum and The Tartar Relationship were part of the same document. Their replicas dated back to the 15th century.

An alumnus of Yale University, Paul Mellon, acquired the map. He agreed to donate it to the university if experts could authenticate it. For years, a somewhat secret research process took place, and just a handful of scholars could see the map. Finally, on October 11, 1965, the researchers released an in-depth 300-page analysis of the Vinland map.(Translated and edited by Gabriela Olmos, edited by Ganesh Lakshman.)

The post The Vinland Map, Featuring the Route of the Vikings to America appeared first on Zenger News.