*Looking back over his extraordinary career, Stephen Wrench once wryly and proudly declared that he’s “performed and written with many infamous artists and bands but been a member of nothing.”

After over 45 years performing with and managing legends, producing shows, operating the global radio promotion firm Musik and Film and hit-making on behalf of legends and indie greats, he’s finally showcasing his edgy yet heartfelt, musically infectious but lyrically blunt brilliance as an artist.

Closing in on 70, the well-traveled, world-weary singer-songwriter knows a little something about the breakneck highs and lows of love. Holding nothing back as usual, on his latest single, he’s letting us know, in no uncertain terms, “That’s What Love Can Do.”

This compelling track is the fourth single from Wrench’s breakthrough album Life’s A Sham, which was released in June 2020 and has thus far scored four Top Ten hits on the Euro Indie Music Chart and the World Indie Music chart with its previous singles “Life’s A Sham,” “Burning Bridges” and “Dad.” Continuing to build momentum for this phase of his career, Wrench is slated to share his compelling musical history and performing via Zoom on a wide range of popular TV talk shows, including “The Kelly Clarkson Show,” “Austin City Limits” and “The Tamron Hall Show.”

While the raw authenticity of “That’s What Love Can Do” is propelled by the gritty emotion of his gruff, soulful vocals, Wrench’s unique shift in tempos from a soulful ballad vibe to hard rolling rocker underscores his impactful lyrics about the euphoria and heartbreak that are all part of love’s crazy journey. He opens the song in a blaze of youthful hope, declaring, “When you’re young and you get on your own/Ya figure out ya don’t want to be alone/So you find someone and make a home/That’s what love can do.”

The fiery, fast-paced hook sums up his overall philosophy: “Love can be fast, love can be slow/Love will come and love will go/Makes you question everything you know. . .” In the subsequent verses, he hit upon the ups and downs with lines like “Love can leave you breathless, oh it’s such a high, “It can last forever or be over in the blink of an eye,” “Ya talk about soulmates and forevermore” and “Then it falls apart and slams you to the floor.”

“I’ve held my own music for 40 frickin’ years and never done a thing with it, so it’s been a great experience to finally start sharing it with the world, even if we’re not able to get out and play live yet,” Wrench says from Nashville, where he is recording background vocals for Dolly Parton’s original song “Lean on Me,” written as the new theme song for World Orphans Day. “While working on behalf of other artists, I’ve accumulated a lot of songs. When I was looking for material to record for the album, I found ‘That’s What Love Can Do’ – and liked the chords and lyrics I had written. The words about love being fast or slow lent itself perfectly to the unique rhythmic changes that I think make the song more compelling. Once that first shift happens, you keep listening, anticipating something. 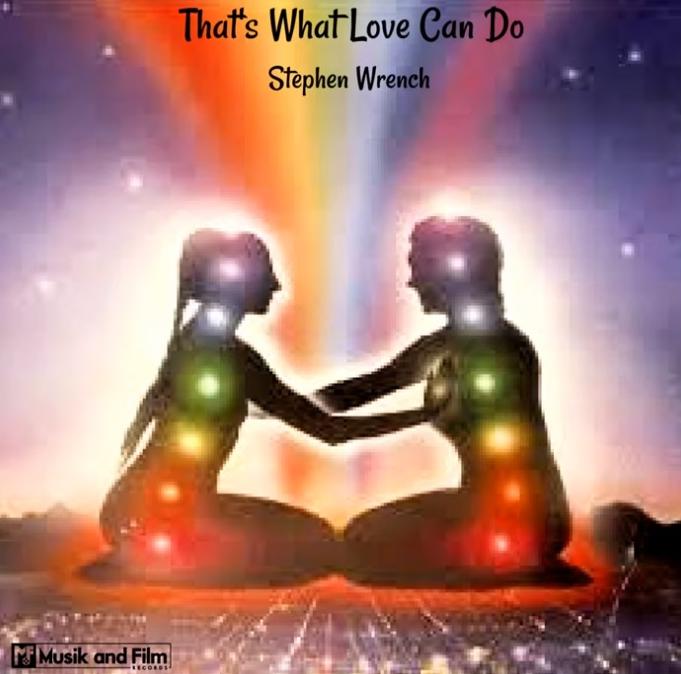 “I learned this songwriting technique from my late keyboardist/producer friend Barry Beckett, who worked with everyone from Lynyrd Skynyrd and Reba McEntire to Paul Simon and Dire Straits,” he adds. “He taught me the 20-second rule. Change something up every 20 seconds in the song or lose the listener’s attention. Sometimes I accomplish this by changing instruments, but it made more sense with ‘That’s What Love Can Do’ to change the time signature.”

Having worked with some of the most groundbreaking artists on the planet and performed all over the world on stages in front of thousands and at small-town honky-tonks, the Jacksonville, FL based creative free agent is not only excited to launch hit singles, but is also eager to license gems from his treasure trove of songs to film and TV.

Along with that often broken, but triumphant enough to keep going road, Wrench has played extensively with members of Lynyrd Skynyrd; co-written with the late Tom Petty, the late Rocco Marshall (Grand Funk Railroad), the late Molly Hatchett’s founding member Banner Thomas, Tommy Tutone, Artimus Pyle (Lynyrd Skynyrd ) and Randall Hall (Lynyrd Skynyrd);  chose fatherhood over signing with Columbia Records; turned down a tour with Vince Gill and Dwight Yoakam; tour managed and performed with a “Voices of Classic Rock” roadshow featuring the lead singers of Santana, Toto, Loverboy and others; and managed Tommy Tutone, Missing Persons, Survivor and many others. He is also a featured interview subject in the Amazon Bestseller “Profile of a Hit Songwriter,” by Lacie Carpenter and Thornton Cline.

Get more info at www.stephenwrench.com/