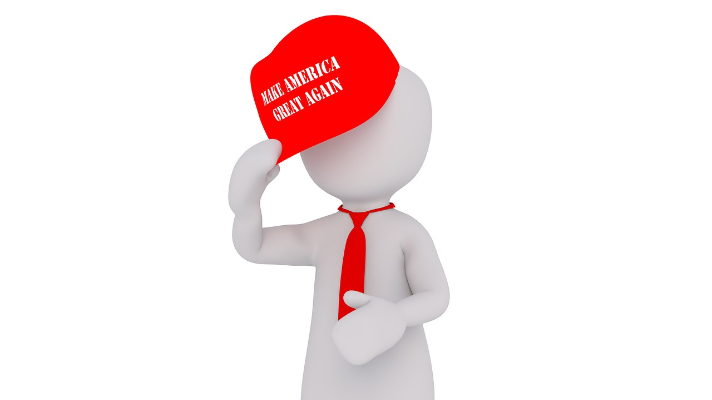 According to a 2017 study, it was revealed that the ultra-wealthy invest an average of 15% of their portfolio into real estate. Of course, Donald Trump is known for being an ultra-wealthy real estate mogul, as well as one of the most divisive figures in modern history. With the 2020 election only a few months away, the current president and speakers from the Republican party gathered — in person, no less, in the midst of a pandemic — to officially nominate and confirm the candidacy of Trump and Pence for a second term. But whether the Republican National Convention might actually convince undecided voters to cast their ballots for the current occupant of the White House remains to be seen.

Around 90% of natural disasters declared by the President involve flooding, it’s evident that the current administration isn’t taking many precautions during our current health crisis. While the DNC was presented as an all-remote, completely virtual convention in an effort to lower COVID-19 transmission risk and set a safe example for Americans, the RNC was held as a live event attended by supporters with few face masks in sight. There was scant mention of the coronavirus, in general, throughout the convention. While Melania Trump acknowledged the threat of COVID-19 in her speech, it was scarcely mentioned by anyone else — an odd omission, considering that more than 5.7 million U.S. cases have been confirmed and more than 177,000 Americans have died as a result of the virus.

Of course, the concept of omission is nothing new for Donald Trump (or politicians, in general). But outright lying is even worse. And when fact-checkers analyzed just the first night of the RNC against all four nights of the DNC, they found that the Republicans really won out — in terms of dishonesty.

For example, a video of Trump that played during the convention featured a clip wherein the current President claimed he has “kept every single one” of his campaign promises. But we know that he’s failed to repeal Obamacare and hasn’t facilitated annual GDP growth of 4% or higher as promised. And, of course, there’s the border wall. Although 233.23 million Americans used Mexican food and ingredients in 2017, Trump campaigned on a platform of racism disguised as immigration reform and pledged that Mexico would pay for the border wall he’d build. Not only is that wall a far cry from the image he tried to sell Americans (and fraught with fraud, if Steve Bannon’s recent arrest is anything to go by), but U.S. citizens are the ones paying for its construction. According to PolitiFact, 49% of Trump’s promises have been broken, with only 24% of them being kept.

This wasn’t the only dishonest statement to have been uttered during the convention — far from it. Speakers claimed Democrats want to abolish the suburbs and that they want to confiscate guns, while Trump tried to quell the outcry surrounding United States Postal Service controversies by alleging that the Democratic party is the one with an agenda to eliminate postal workers. One of the most blatant falsehoods pushed by the RNC is the idea that the U.S. is currently experiencing its lowest unemployment rate in 50 years. Although the unemployment rate did fall to a 50-year low back in September, millions of jobs have now been lost thanks to the pandemic (and the nation’s response to it). During nationwide lockdowns, the U.S. unemployment rate rose to 14.7%, which was its highest level since monthly records were started back in 1948. In other words, U.S. job loss has not seen this severity since the Great Depression. And while unemployment rates decreased back to 10.2% in July, this rate is still higher than our nation experienced during the worst portions of the Great Recession.

And for all of the RNC’s talk that the current administration is making America great again, the ratings for the convention give a hint at what the nation thinks of Donald Trump. The former reality star might not be too happy when he learns that the Democrats swept in the ratings category. During the first night of the RNC, a total of 17 million people tuned in to watch; the DNC’s first night brought in 19.7 million viewers. That trend continued on the third night of both conventions, with 25% fewer live viewers watching the RNC as compared to the DNC. In fact, Kamala Harris drew 5.7 million more live viewers than Mike Pence on their third convention nights. By the fourth night of the RNC, there were reportedly only 5 million viewers tuned into the live coverage.

That said, low rates of viewership doesn’t necessarily mean that the current administration is doomed. But as the road to the 2020 election starts to heat up, we certainly won’t be seeing less political coverage in the news cycle — and chances are good there’ll be more lies to wade through.