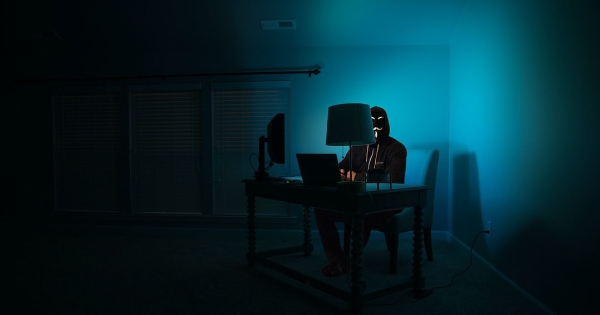 Unfortunately, a lot of people are not quite as safe only as they would like to be. Despite the fact that we’re all increasingly reliant upon the world wide web for everything from entertainment to work, there is no way to truly ensure your security within this world. This has been particularly highlighted through recent data breaches. While some are on a governmental level, ultimately resulting in serious consequences that may not be revealed until years after they’ve occurred, others are splashed across the tabloids. They may even involve celebrities, as some of the most high profile cyber scandals have. Others involve businesses, and can ultimately result in data loss and of course financial compromises as well. A recent survey reported that about 87% of small businesses reported a security breach in 2012. What this means is that cybersecurity issues go beyond merely big businesses and famous people. Even small business owners, who may not initially realize that they have reasons to worry regarding cyber security, can potentially be put at risk.

There are a number of problems that arise when cyber security is put at risk. Confidential data is often housed online or through software, and when that data is compromised it’s often at the hands of people who wish to steal information or copy the business practices of competitors. But cyber security breaches may also be made in the service of humiliating people, or simply making their lives more difficult. Recent famous security breaches involving notable names certainly seem to have been done with voyeuristic or malicious intent. This can certainly be noted through the recent hacking case that that struck a high profile law firm.

The Grubman, Shire, Meiselas and Sacks P.C. Hacking: What Happened?

Grubman, Shire, Meiselas and Sacks P.C. is one of the most notable high profile law firms in the country. Based in New York, the law firm deals with a number of different types of cases and is run by Allen Grubman. Most notably, it works with some of the world’s more high profile celebrities. It also represents high profile companies that deal with celebrities, as well as media firms. The law firm recently announced that it had been hacked and that specifically, its hackers were seeking a ransom. This of course shows us one of the major motives for why people pursue this issue and allows us to understand the type of money at stake for these hackers. It’s no surprise that when hackers are able to demand a ransom of $42 million, there is something of a major motivation for pursuing these types of incidents.

What was the threat? In this case, the first was threatened with the release of the firm’s documents. Initial documents were released as proof that the hackers had vital information on hand already. The spokesperson for the law firm has reported that they will not be paying a ransom, and with good reason. Often, there is no point in paying the ransom in cases like these; but that way, the damage will be done either way. The issue is that negotiating with the hackers or paying a ransom is actually a violation of federal law. With that being said, the firm has made it clear that they did not take Donald Trump on as a client. This displays the issue at the heart of the story; a lot of law firms are at risk of hacker attacks, simply because they take on high profile clients who of course have the kind of information at hand that makes them prime targets. Of course, this specific law firm is not the only firm at risk. Not only are these hackers able to threaten to delete this type of information; they’re also able to encrypt the files that contain this information, thus guaranteeing that the owners are unable to access them. Of course, as previously mentioned, these firms are not the only targets that need to be concerned.

Understanding The Factors That Affect The Risks For Cyber Crimes

There are also, of course, so many different types of attacks that people must safeguard themselves from. These include not only the ransomware attacks, which relate to the types of attacks that law firms have to concern themselves with; they also include malware attacks, which are more virus-driven and perhaps what a lot of us expect from cyber security attacks. Of course, a major issue that a lot of people have to be concerned with is identity theft. All of these problems are difficult to protect against without the help of professional cybersecurity firms.

However, there has been some thought of cryptocurrency as a potential avenue through which people can safeguard themselves against cyber security risks. Cryptocurrency is a real issue that must be considered, and it’s been gaining popularity in recent years. This in part because there are currently over 1,500 cryptocurrencies available in the United States as of now. The most well of them is obviously Bitcoin, which is involved in $76 billion worth of the cryptocurrency economy.

Of course, there is also a fraud issue concerning cryptocurrency. As the currency becomes more popular, the concern about how its different systems can be hacked into becomes more pronounced. Popularity in general always makes different cyber assets more vulnerable, and internet users must be careful about how they conduct themselves with that in mind.

Ultimately, the internet is impossible to function without on a professional level in this day and age, and of course, there will always be security risks. With that being said, the proper precautions and utilizing cyber security concerns should make it easier for individuals and companies alike to function securely.