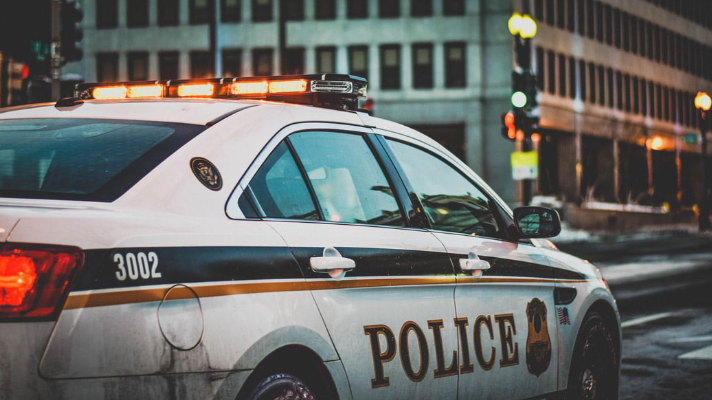 In the wake of countless deaths of Black Americans at the hands of police and weeks of subsequent protests nationwide, many celebrities are speaking out. But a recent social media post from Saturday Night Life alum Jay Pharaoh has managed to give credence to both rallying cries for racial justice and a certain amount of privilege granted to well-known Black artists in the entertainment industry.

Back in 2012, there were roughly 780,000 police officers throughout the United States. And while many are quick to point out that not all officers are racist, evidence has shown that systemic racism is built into the very fabric of law enforcement. In fact, the first police organizations in the South were originally formed to bring back enslaved individuals who tried to escape. Unfortunately, not much has changed in the centuries since then. Officers may wear embroidered patches, which are effective for marketing the corporate identity of a given business, as part of their uniforms — but they certainly haven’t been shown to “protect and serve” all citizens in equal measure.

The public outrage following the unconscionable deaths of George Floyd, Breonna Taylor, Ahmaud Arbery, and numerous others has swept the nation and has caused many Americans to question their own encounters with racism on public forums. Comedian Jay Pharaoh — who is perhaps best known for his stint on SNL where he impersonated Barack Obama, Eddie Murphy, Will Smith, Ben Carson, and other notable Black celebrities — recently took to social media a harrowing incident with law enforcement that took place in Los Angeles roughly a week before Ahmaud Arbery’s death came to light.

In an Instagram post from last week, Pharaoh released a video that included surveillance footage of that encounter with LAPD. As Pharaoh tells it, he was on a jog and wearing noise-canceling headphones when he was approached by police. At first, Pharaoh recounted, the comedian didn’t think the officers were talking to him. But he soon realized, when the officers came “with guns blazing,” that he was being told to put his hands up and to get on the ground.

As shown in the clip, four officers approach Pharaoh with their guns drawn. Although Pharaoh complied with their instructions, one of the officers then kneeled on Pharaoh’s back.

Pharaoh added, “The officer took his knee, put it on my back… it wasn’t as long as George Floyd, but… I know how that feels.”

When Pharaoh asked the officers why he was being detained, they answered that he fit the description of a Black man in the area wearing sweatpants and a gray shirt. Upon hearing that, Pharaoh indicated to the officers that they should Google him to show they were making a “big mistake” and arresting the wrong man. The officers came back a short while after, apologized, and indicated that Pharaoh wasn’t who they were looking for.

Although nearly one-quarter of DUI arrests that took place in California during 2013 occurred in Los Angeles County, it’s clear that the LAPD didn’t do their due diligence prior to detaining a potential suspect on that day. The Los Angeles Police Department has indicated that they are aware of the incident, which is now under the investigation of the Internal Affairs Division. LAPD spokesperson Drake Madison told USA Today that the department is looking into the footage included in Pharaoh’s video and that the department provided Pharaoh with a misconduct complaint document to file.

In his post, Pharaoh indicated that he had grown up sheltered from much of the racism that exists in America, noting that he “didn’t experience first-hand racism… until this year.”

“I literally could’ve been George Floyd,” he said. “We as a country can’t breathe anymore, and we are tired… I’m Jay Pharaoh and I’m a Black man in America. And my life matters. Black lives always matter. They always matter.”