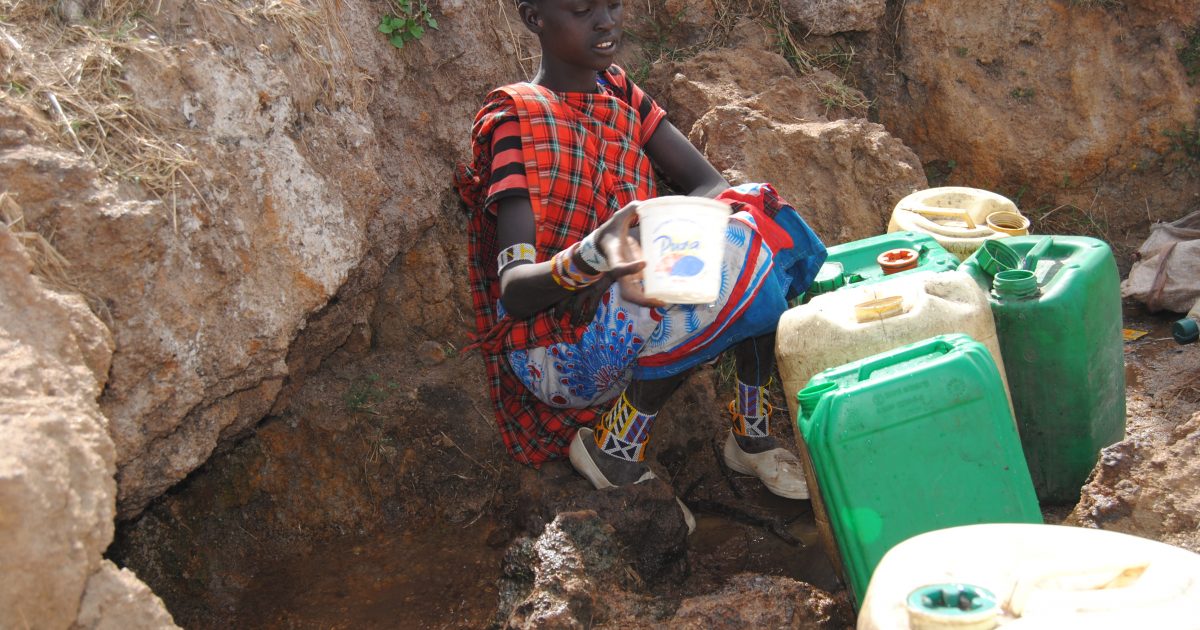 A swarm of desert locusts following a poor harvest season has added to fears about a lack of food for millions in Kenya, as the country grapples with the effects of COVID-19.

The desert locusts—in the worst invasion in Kenya in 70 years, according to the United Nations—have destroyed huge swaths of crops and pasture in the region, said farmer Joyce Mutinda, but the extent of the damage cannot yet be determined since new swarms are spreading.

“We mainly farm millet, sorghum, maize, green grams and peas, and in a good harvest we do about 20 bags of each crop, but because of the locust invasion, getting a bag was a challenge,” Mutinda said.

The desert locust is the most destructive of all food-eating locust species because of its speed and ability to reproduce rapidly. Changes in climatic conditions have created a perfect breeding ground for the insects, said Emmanuel Atamba, a food and farming systems consultant who works with Route to Food, an alliance for the human right to food in Kenya. He is also founder of APSID, which supports sustainable farming.

“What we do now will reflect six months down the line, so we need to pay attention to every step that we are taking. We really need to remove, for example, restrictions on food, trade and movement of food products, said Atamba.  He said the lockdown in Kenya due to the coronavirus pandemic has made it difficult for farmers to transport their produce to the market.

George Ong’amo, an agricultural entomologist at the University of Nairobi, said the government should be concerned because so much food has been destroyed and Kenyans are facing a food security crisis.

“We lost much as far as the cereal crop is concerned,” said Ong’amo. “But if this infestation continues in other areas until the planting time, we will not have enough to harvest because this insect will feed on young plants.”

The United Nations has long sought to control pesticide use, especially in developing nations, citing harm to people and the environment and calling “efforts to ban and appropriately regulate the use of pesticides are a necessary step in the right direction” in a 2017 report.

Agriculture Cabinet Secretary Peter Munya assured Kenyans in mid-May that the locust invasion was under control. Meanwhile, in eastern Kenya, farmers are still facing other challenges to food insecurity, including the coronavirus lockdown and flooding.

Noah Wekesa, the chairman of the Strategic Food Reserve, which is meant to ensure enough food, warned late last month that the country’s stock of maize had run out.

“We need to address the issue of food security in the coming months by supporting farmers at this planting season, as failure to do so will lead to food shortage,” said Wekesa.

At the end of April, the government began to disband the Strategic Food Reserve by taking measures to revoke its funding, but the High Court temporarily suspended that effort until July 1, when the matter is to be taken up again.

With projections that flour stocks would run out in April, the Strategic Food Reserve Oversight Board, overseen by Wekesa, decided to import two million bags of white maize to avert a crisis. By mid-May, the country began importing maize as its own stores were lost as a result of mold.

“There is no maize,” said Regina Kasyoka, a 36-year-old farmer from the food basket region who did not harvest enough crops compared with past seasons. “Normally people have more than 3 hectares of crops. There is nothing for our men and children to eat. The cattle have nothing to eat either,” she said.

Flooding from excessive rains has also exacerbated the food shortages.

“We are experiencing heavy rains that destroys most crops,” said Joseph Makau, a 55-year-old father of four who has been farming for more than 30 years. “There are farmers who have not even harvested and for sure they will have nothing left to harvest. They are staring at starvation.”

In the eastern food basket region, the crops play a vital role in cushioning the country’s food shortage. Most of the population in this region are subsistence farmers who rely on the produce they grow to survive.

However, there are few signs of government assistance in the affected communities, which lack such basic amenities as clean water, roads and electricity, despite their key role in feeding the country.

“The ministry has recruited experts to ascertain how much the economy has been affected because it is evident that the agriculture sector is affected, and therefore we want to know where to start in assisting communities residing in the most affected counties,” said Peter Munya, the agriculture cabinet secretary.

Munya also said the ministry is considering potato farming as an alternative to maize as a cash crop, and that it will boost earnings for farmers.

“We will avail planting materials that will go a long way in improving food security for farmers and the country in general during this period of the COVID-19 pandemic,” he said.