Do you have an athletic and active lifestyle? Getting enough exercise is vital for human health. Cardio activities and high-intensity, muscle-burning activities can truly be life-changing. Many of these sports can be performed outdoors, and for those interested, low-impact sports such as fishing are a fine way to get some fresh air. In 2017, for a fairly recent example, some 11.6 million youth participants aged six to 17 took part in fishing across the United States. There is also hiking, rock climbing, and more. 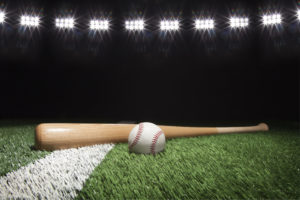 Meanwhile, in the world of the Olympics, some truly eccentric and creative sports and activities have been performed in the 20th century. The founder of the modern Olympics, a certain Baron Pierre de Coubertin, liked the idea of athletes being not only sportsmen but also artists. From the year 1912 until 1948, Olympians could be awarded medals not only for athletic feats, but also for creating sports-inspired works of art, music, and architecture. Today, athletes are not exactly composing symphonies to compete, but the Games have been known to include some peculiar sports and activities. Which ones stand out as the most bizarre? And which sports may be the best way for you to get some healthy exercise today?

Odd Sports of the Past

From the year 1900 through the 1970s, some sports have featured in the Olympics that are now a relic of the past for various reasons. Some of them call for skills that most modern athletes don’t bother with, and some might even raise ethical concerns. What might be so unethical about Olympic sports? Consider the 1900 Paris Olympics, where for the first and only time, athletes could shoot live pigeons to score points. Over 300 birds, according to reports, were shot down this way, and the Belgian athlete Leon de Lundin shot down 21 of them all by himself. But by the very next Olympics, live birds were already replaced with clay targets.

Fortunately, most peculiar Olympics games were not so gruesome. The same 1900 Paris Olympics also featured, for the first and only time, swimmers diving into Paris’ river Seine and climb over and swim under obstacles across a wet obstacle course. Fred Lane of Australia was the gold medalist in that competition, and he also won the 200-meter freestyle. And starting in the 1900 Olympics through the 1920 Antwerp Olympics (minus 1916), tug of war was featured in the Games as well. This was the game we all know and love today, and the rules of the time would award victory to whichever team could pull the other team six feet over a line within five minutes. If neither team could, whichever team pulled their opponents further would be declared the winner. An American team won gold in this even in the 1904 S. Louis, Missouri Olympics at the Milwaukee Athletic Club.

Are you in the mood for horses? Equestrian games used to be a feature of the Games, such as the horse long jump. The 1900 Paris Games was apparently a truly unique time since this is the third competition in this list unique to the 1900 Paris Games. In it, the winning horse (belonging to the Belgian team) leaped 6.10 meters on the horse named Extra Dry. Many years later in 1991, this sport was repeated, and that ancient record was broken with an impressive 8.95-meter jump courtesy of Team USA’s Mike Powell. In the 1900 Paris Games, yet another unique sport was performed: the horse high jump. Two horses faced off, and they had to leap 1.85 meters over a pole. And there is a horse-based competition still performed today, known as dressage. It’s more elaborate now than back in the early 1900s, and horses must perform elaborate high-step maneuvers to compete. Certain horses are bred specifically for this event, in fact.

There are a few more human-based sports to explore, too. How about diving deep? For the first and last time, the plunge for distance was performed at the 1904 Olympics, where Team USA’s William Dickey dove 62 feet and six inches for the gold medal. Even croquet appeared once in the Olympics, just once in the 1900 Paris Games (what a unique tournament that was). This was also the first time women were allowed to take part in the Games alongside men, but the sport was discontinued right away. Why? Exactly one spectator showed up to watch, proving this sport rather unpopular for the Games.

In the modern era, athletes have proven their prowess time and time again at these Games. Of course, many new rules have put sanctions on what can and cannot be consumed to increase athletic performance.  More than 18 million people misuse prescription medications and Olympic athletes are no exception. It’s ironic that a sport, which revolves around health, became unhealthy. Thanks to new rules, however, more and more people are proving their athletic ability all on their own.

Luckily, the average Joe doesn’t have to reach Olympic levels of strength to improve their health and have some fun.

Modern Sports for Activity and Fun

You don’t have to ride a horse in the 1900s to get some good exercise. The American Heart Association has set some public guidelines for recommended levels of exercise for children and adults alike, and the bad news is that many Americans fall short of those standards. Fortunately, it is never too late for anyone to become active and get the blood moving. Exercise can burn calories and fat, develop muscle and coordination, improve mood, and even help a person think better. And of course, it also lowers the risk of heart disease.

Baseball had its origins in the U.S. and Canada and today is massively popular in both the U.S. and Japan. Amateur and pro athletes alike just need a field, two teams, and the right gear to play a fine game. Additionally, baseball is a good way to get exercise, breathe fresh air, and practice good sportsmanship. For casual games, some players like to use doctored wooden or metal bats, since they can hit balls further than regular ones. These modified bats are not allowed at sanctioned games, though, and a shaved metal bat will suffer if used in temperatures below 65 degrees Fahrenheit. A shaved bat had some of its inner padding ground off to make the bat more flexible, and a rolled wooden bat has been distressed so its fibers are bent and thus more flexible. Such bats can be ordered online, or you can take a bat to a shaving and rolling service to be doctored. But if you sell them, be sure the buyer knows that they are doctored.

Is baseball not really your game? How about soccer or basketball? Both of these sports are easy to play, and soccer requires little more than a ball and an open space to play. It is the world’s favorite sport, especially in Europe and Latin America, and its nonstop movement means that players can get a lot of healthy cardio done, whether or not they score any points. The same is true of basketball; many urban areas and parks feature basketball courts and hoops, and players only need to bring the ball. A player can join an amateur team or take formal lessons, or simply have a good time with neighbors and friends. Simple games, such as freestyle throwing and “Horse” can be played too.

Cardio is possible not only through ball-oriented sports like soccer and basketball but also non-competitive activities that a person can do all by themselves. Why not ride a bike? Bicycles are very affordable, don’t need fuel, and are light enough to carry by hand, and riding them is very popular today for both leisure and commuting. Bicycling makes for a smooth cardio experience, and a rider works out their legs a great deal while also working their hearts. Some office workers take their bikes along alternate routes to and from work to get some exercise and cut down on car-based air emissions at the same time. Jogging and running are also fine choices and don’t cost a thing unless you need to buy shoes that are well suited for such activities. Many people live near parks or other areas ideal for jogging, or they can go jogging in safe neighborhoods and city areas, as long as they stay on the sidewalk and watch out for traffic.

Lastly, consider swimming and martial arts, which can work out all muscles in the body. These activities can be competitive but don’t have to be, and many lessons for them are taught in classes across the nation. Swimming is low-stress since the body is supported with water, and martial arts classes are a fine way to work out all muscle groups, including the core. Not only that, but martial arts can be taken to the next level in amateur tournaments and matches, and if nothing else, martial arts training and exercise make for excellent self-defense, something that absolutely everyone is entitled to. Many styles exist, from Muay Thai kickboxing to karate to Jiu Jitsu to Tae Kwon Do.