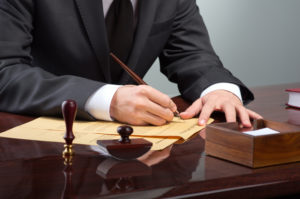 Cox Communications has been ordered to pay $1 billion in damages for letting customers pirate music. The cable television company was accused of turning a blind eye to the illegal downloading of over 10,000 digital musical works and subsequently sued in June 2018 by EMI, Warner Music Group, Sony Music, Universal Music, and others.

The jury in the U.S. District Court for the Eastern District of Virginia found that the copyright infringement was willful on Cox Communications’ part. The court awarded approximately $100,000 per pirated work.

“The jury’s verdict sends a clear message: Cox and other ISPs that fail to meet their legal obligations to address piracy on their networks will be held accountable,” said Kenneth Doroshow, the chief legal officer of the Recording Industry Association of America (RIAA).

“The jury recognized these companies’ legal obligation to take meaningful steps to protect music online and made a strong statement about the value of a healthy music ecosystem for everyone,” Doroshow said, “ranging from creators to fans to the available outlets for legitimate music consumption.”

Whether the court ruling will reduce download piracy is still up for debate. In addition, whether it was a matter of poor internal communication or malicious intent has yet to be seen. The wave of illegal P2P file-sharing, which first became popular in 1999, is long over and legitimate streaming services have led to a significant drop in pirated music content. But illegal downloading and piracy still exist.

Cox Communications issued a statement saying they were disappointed in the court’s decision. The amount of the fine, Cox says, is unjust and excessive. The company plans to appeal.

“We provide customers with a powerful tool that connects to a world full of content and information,” said a Cox spokesperson. “Unfortunately, some customers have chosen to use that connection for wrongful activity.”

Cox Communications says they don’t condone illegal downloading and that the company does its best to curb their customers from pirating content.

“We shouldn’t be held responsible for the bad actions of others,” the company said.

The company was ordered to pay $25 million in damages to Bertelsmann Music Group for similar offenses in 2015. However, the decision later reversed on appeal in 2018.