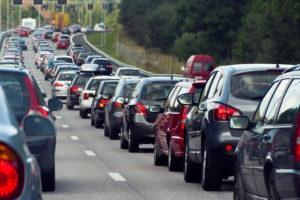 How does the self-driving hardware work?

Aeva’s third-generation chip uses silicon photonics. This is a technology that had been adopted in data center equipment before to power self-driving vehicles and other advanced driver-assistance systems.

According to Aeva’s co-founder, Soroush Salehian, Aeva’s technology is capable of detecting the velocity, reflectivity, and depth of objects over 300 meters away. Each system will cost less than $500 when bought at volume and automakers can mount the technology wherever they like on their vehicles.

“Aeva just sticks out with its technology,” said Volkswagen Autonomy CEO Alex Hitzinger. “It’s higher resolution, it’s not sensitive to interference, it has long range, and it has the capability of being packaged in a very small space.”

What will the future of self-driving cars look like?

The auto industry has certainly seen a lot of changes over the last few decades. When the 300 SL was first introduced in 1954, it immediately became the world’s fastest production car at 146 miles per hour. Now, cars are driving themselves.

Despite the public’s apprehension of self-driving vehicles, the development of self-driving technology is still going strong. This is especially true in the trucking industry, which consists of 400,000 commercial trucking companies.

Because of the industry’s driver shortage, many trucking companies have been experimenting with self-driving commercial vehicles. One self-driving truck delivered butter from California to Pennsylvania in just three days.

Passenger vehicles are traditionally manufactured with several materials including steel and polyurethane. While molded polyurethane parts are made using reaction injection molding, approximately 13% of the world’s steel is used in the automotive industry and 88% of it is recycled.

In contrast, the systems that underly autonomous vehicles include sensors, radar, and communication devices, which can make them incredibly expensive for individual drivers to purchase.

However, they might not be too expensive for companies to purchase. That being said, while the future is still up in the air when it comes to self-driving passenger cars for everyday drivers, the future of self-driving taxis and commercial trucks could be closer than you think. In a few short years, self-driving taxis could be stored in commercial metal buildings, waiting to ferry passengers to their destinations. Passengers using ride-sharing services like Uber could see themselves in the backseat of an autonomous taxi within just a few years.