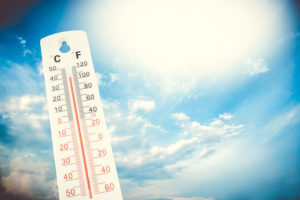 According to CBS News, an 11-year-old Texas boy is actively working on a solution to this nationwide issue.

Last year, Bishop Curry saw a local news story about a 6-month-old in his neighborhood who died after being left alone in a hot vehicle. Shortly after he heard the news report, Bishop developed a prototype of a device that he believes could have saved the child’s life.

“It made him sad, and at that point, the wheels started turning in his mind,” said Bishop Curry IV, Bishop’s father. “He came up with a way to prevent it from happening.”

The device is called “Oasis” and would detect if a vehicle is stopped, heating up, and whether or not a child is inside a car seat.

“If all those things are taking place it blows cold air on the child through an internal cooling system,” Bishop said.

Additionally, Bishop’s prototype would use both GPS and Wi-Fi technology to contact both the child’s parents and local authorities. And you thought urgent care wait times were short.

With help from Toyota and a GoFundMe campaign that has raised roughly $40,000 since January, Bishop was able to get a provisional patent and construct a 3-D model of his Oasis device.

“This device is designed to buy time and give parents a second chance to run out and get their kids,” Mr. Curry said. “He’s trying to delay a tragic event by doing something that really makes sense.”