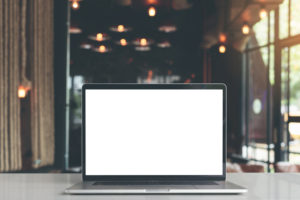 The microblogging and social networking website Tumblr has officially been put on the market by Verizon and sold to WordPress owner Automattic Inc. While the sale was for an undisclosed amount, Automattic reportedly purchased Tumblr for less than $3 million.

Verizon initially acquired Tumblr in 2017 after purchasing Yahoo, which paid $1.1 billion for Tumblr in 2013. The website sold for approximately 2% of what it was originally worth.

“Tumblr is a marquee brand that has started movements, allowed for true identities to blossom and become home to many creative communities and fandoms,” said Guru Gowrappan, CEO of Verizon Media, in a statement.

“We are proud of what the team has accomplished and are happy to have found the perfect partner in Automattic, whose expertise and track record will unlock new and exciting possibilities for Tumblr and its users,” Gowrappan said.

While statistics show that 70% of all business partnerships fail, media experts have hope that Automattic may give Tumblr back some of its previous value.

According to Vox, Tumblr’s value dropped in fall 2018 when Verizon followed the Apple content guidelines for the Apple Store and banned all adult content from the website. Unfortunately, the algorithm designed to identify adult content targeted benign posts as well, censored artists, and lost the website 30% of its user base in six months.

While Automattic plans to keep the adult content ban, the company, the CEO of Glitch and one of the first employees of WordPress’ competitor LiveJournal Anil Dash says it’s not the adult content ban that hurt the website the most. Rather, it was a sense of instability due to malfunctioning algorithms and the uncertainty of the website’s future.

“Ideally [the website will] just be revitalized, and feel more stable,” said Dash. “There’s a very strong movement toward creating an independent, creative internet, whether it’s old-timers who idealize the old web or younger people who are creeped out by the dominance of the major social networks.”

“That makes me optimistic that a combined Tumblr and WordPress could make independent social media voices relevant again ahead of a presumable IPO for Automattic,” Dash added.

Dash says that while Verizon may have had significant trouble with Tumblr in the past, he suspects that a more supporting and hands-off community that WordPress has to offer may be something that would give Tumblr the support it needs.