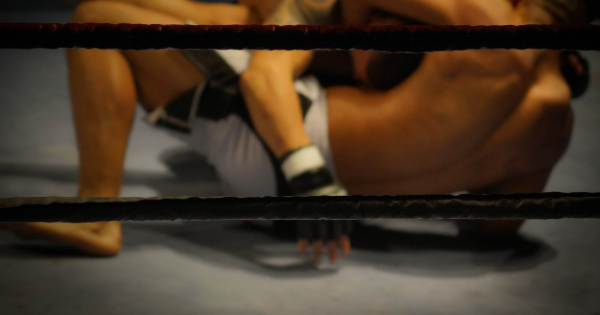 Is Justin Bieber Losin’ It?

In the weirdest twist of 2019, singer Justin Bieber has challenged acclaimed actor Tom Cruise to an MMA fight in the octagon.

On June 9, the Canadian pop star sent the now infamous tweet among countless others promoting his new collaboration with Ed Sheeran. Seemingly without intent or background, 25-year-old Bieber simply taunted the 56-year-old actor to an MMA fight despite no history between the two of them.

“I wanna challenge Tom Cruise to fight in the octagon,” Bieber tweeted. “Tom if you dont take this fight your scared and you will never live it down. Who is willing to put on the fight?”

Despite the spelling errors in his tweet, Bieber also managed to tag Dana White. White serves as the current president of the Ultimate Fighting Championship, suggesting Bieber’s claim is serious.

While there is no news yet regarding the possibility of a fight, that hasn’t stopped countless people from placing bets on who would win if the two squared up. One Twitter user, @PMTsportsbiz, compared the singer and the actor side by side including their ages, heights, estimated reach, and net worth.

So, is Justin Bieber headed to Oblivion? Or at least the emergency room?

Many don’t think so. In a recent report by the Daily Caller, most people are putting the odds in Justin Bieber’s favor, in part because of his youth. At 5’9″ and in great physical shape, the numbers show that people believe Bieber has a 67% chance of winning the fight. In the past, the pop singer has also released videos of him boxing with a trainer, showcasing his physical prowess. When it comes to beating Tom Cruise, Bieber’s chances aren’t Far and Away

But Tom Cruise isn’t one of The Outsiders in this fight. At 56, the actor still performs his own stunts in action thrillers to this day. In fact, just last year he broke his ankle filming a stunt for the sixth installment of his Mission: Impossible franchise. He even managed to finish the take before traveling to the hospital for urgent care. Luckily, four in five urgent care centers provide fracture care.

Additionally, Tom Cruise is in another weight class compared to the pop star. Justin Bieber, at only 146 pounds, is below Tom Cruise’s weight which ranges from 148 to 170 pounds at 5’7″ depending on the source.

The buzz around this challenge hasn’t been lost on fellow celebrities either. Notorious UFC fighter Conor McGregor has even offered to host the fight, calling out Tom Cruise in the process.

“If Tom Cruise is man enough to accept this challenge, McGregor Sports and Entertainment will host the bout,” McGregor tweeted. “Does Cruise have the sprouts to fight, like he does in the movies? Stay tuned to find out!”

Bieber’s ploy also encouraged the McGregor to call out another celebrity and challenge them to a fight.

“I challenge Mark Walhberg on the very same card,” he wrote, typos and all. “Back when mark wahlberg was marky mark, I’d’ve still slapped the ears off him and took my ufc shares back.”

UFC fights are known for their aggression. Should Cruise get injured in the fight, only 3% of urgent care victims are diverted to the emergency room for further care.

Luckily, MMA fighters are encouraged to tap out before any serious injuries are sustained, but joint issues and the potential for hearing loss is still prominent for the sport. With or without fighting, it’s been found that 36 million Americans experience hearing loss at some point in their lives.

But the most mystifying aspect of this challenge is why it’s happened in the first place. Some speculate that it might be a marketing ploy for Bieber’s new music while others claim it might be a charity event. Whether or not the event will take place has yet to be determined. In the meantime, all we can do is place our bets, sip a Cocktail, and speculate wildly regarding the outcome.