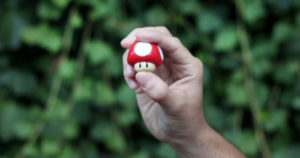 Though many fans already knew the company would be focusing on games released in 2019, Nintendo officially announced the exact games that will be playable during the expo. These include:

And those are just the games that can be played by fans at the expo. Nintendo also notes that there will be more information revealed about upcoming games slated for this year. After all, Nintendo Direct followers already got a healthy dose of Pok?mon content and Super Mario news earlier this year.

Fans speculate that titles might include Animal Crossing, Bayonetta, and even Mario Kart Tour, a smartphone app for the popular racing game. Just be sure not to throw your phone when you lose — an estimated 30% of iPhones will take on some form of damage throughout the course of a year.

“The 2019 lineup for Nintendo Switch aims to deliver smiles with many different unique games and experiences,” said Doug Bowser, the aptly named Nintendo of America President. “Games available this holiday season will be the focus of our booth.”

Variety also notes that more than 80 Best Buy locations throughout the country will host special early access events for the new Marvel game.

These little plastic consoles are expected to take the world by storm next week, with more than a few sales to match. With more than 16,000 plastic manufacturers operating throughout the United States, however, we can expect these juggernauts to match their supply to the demand.

Even though powerhouse Sony won’t be at the event this year, that doesn’t mean that Playstation won’t be catering to fans for the occasion. Starting today, Sony’s third annual “Days of Play” will last through June 17, offering sales on consoles, accessories, and more than 250 games.

But Nintendo isn’t to be outdone. The Pok?mon company will also host a number of sales and special events from June 11 through June 18 on their eShop and through their website.

It just goes to show that E3 impacts every gaming supplier, not just those attending. For more information on the event, check out the official page here.