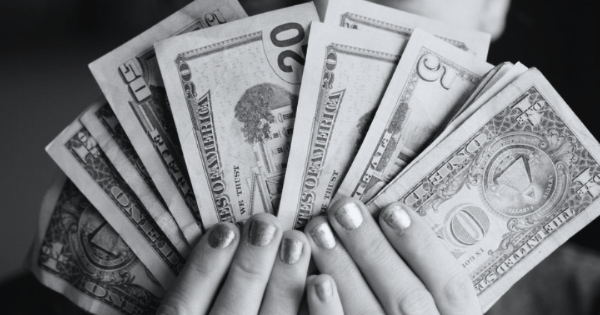 After an amazing run, “Jeopardy!” contestant James Holzhauer’s reign has officially come to an end. The professional sports gambler was able to win nearly $2.5 million, making him the second-largest “Jeopardy!” winner in the history of the show.

Most race tracks are between 0.5 miles to 2.5 miles long, but reigning “Jeopardy!” champ James Holzhauer’s victory lap lasted more than a month. In only 33 days, he was able to accumulate $2.48 million, coming just $58,484 shy of the current record holder, Ken Jennings.

The final round of “Jeopardy!” stumped audiences across the globe when Holzhauer, who normally bids large sums at the end of each show, only wagered a menial $1,399 out of his $24,799 score.

Known for targeting the questions with the highest amounts and accumulating devastatingly high numbers throughout the show, Holzhauer simply wasn’t able to leave new winner Emma Boettcher in the dust. Instead of going for gold, Holzhauer explains that he wasn’t ready to bet on Boettcher missing the final question.<.p>

“I knew I could only win if Emma missed Final Jeopardy, as there was no way she wouldn’t bet to cover my all-in bet,” Holzhauer explained in a recent interview with The Action Network.

“So my only concern was getting overtaken by third place, and I bet just enough to make sure of locking him out. Betting big would have looked good for the cameras, but now I turn my straight bet (Boettcher misses) into a parlay (Boettcher misses and I get it right).”

But even though Holzhauer earned almost $2.5 million on the show, he’ll only see a little more than half of his prize. Earnings on the show are taxed as ordinary income at a rate of 37% by the IRS. It’s estimated that income taxes make up 50% of the federal revenue collected each year. Additionally, Holzhauer will also have to pay California state taxes on his winnings on top of that.

When all is said and done, CNBC estimates that Holzhauer will only see about $1.29 million, or about 52% of his actual winnings.

Despite Holzhauer being unable to beat Jenning’s claim to fame, Holzhauer stunned audiences by bringing in an average score of $77,000 per game. It took Jennings twice as long to reach this number, which is why many are saying Holzhauer is the best contestant of all time.

Even show host Alex Trebek thought that no one could ever do as well as Jennings back in 2004. In took nearly 15 years, but Holzhauer was able to prove Trebek wrong.

Holzhauer accomplished feats that few “Jeopardy!” contestants could ever hope to achieve, answering questions correctly 97% of the time. In fact, he achieved 11 perfect games where he answered every question correctly whenever he buzzed in to respond.

He also achieved the highest sum of money ever earned on a single episode of “Jeopardy!” with $131,127 by the end of one episode.

Holzhauer has started donating some of his winnings to charity though the contestant has remained tight-lipped regarding what he’ll do with his winnings. As a newly dubbed “high net worth individual,” however,” Holzhauer may want to follow in the footsteps of other HNW individuals; it’s estimated that 63% of top earners rely on an advisor.

Holzhauer claims that one of the biggest reasons for his success was that he wasn’t afraid to lose his money each episode. As a professional sports gambler, he has plenty of experience working with large sums of money that could be lost in an instant.

He also claimed to gain most of his knowledge from children’s books which he read at the library.