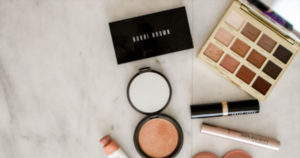 Many men and women use cosmetics to enhance their features or to change their look entirely. But as anyone who keeps up with the beauty community knows, there are times when the drama gets really ugly.

That’s certainly the case with the latest viral event involving makeup artists and former friends Tati Westbrook and James Charles. Although the foundations, creams, lotions, and other products these two use may contain oils in concentrations of anywhere from 1% to 99%, those ingredients pale in comparison to the slimy allegations put forth on their own channels and from fans who are eager to get in on the action.

Tati, a 37-year-old YouTuber and vitamin company owner with a few million followers, is known as an OG beauty guru and relatively drama-free presence in the community. Although Westbrook experienced some backlash after launching her dietary supplement products and for befriending and featuring problematic figure Jeffree Starr, it wasn’t until last week when Tati’s actions got her noticed on a larger stage.

Westbrook befriended young and newly popular makeup artist James Charles when he was looking for mentorship. Westbrook took Charles under her wing, providing him with advice and even convincing her husband to help the young YouTuber secure a lucrative deal with Morphe Cosmetics. And while 63% of brides say they feel a lot of pressure to have the perfect wedding, Tati entrusted Charles to do her own wedding makeup, cementing their friendship — or so everyone thought. Others thought that Charles’ celebrity status was secured; despite the fact the 19-year-old vlogger has had his own share of controversy (including racist tweets), his popularity has only soared in recent months. In fact, he managed to amass a following of 16.5 million followers on YouTube — far more than his friend and mentor.

But James Charles evidently made the mistakes of double crossing Tati by endorsing her vitamin rival, Sugar Bear Hair. After feeling betrayed by Charles, Tati uploaded an explosive, 45-minute long video calling out her former friend’s behavior. The video, entitled “Bye Sister,” went viral; as a result, James Charles’ follower count has dropped exponentially, while Tati’s has skyrocketed. As of May 13, Tati’s video had garnered 35 million views and her channel subscription base increased by 9.1 million. In contrast, James Charles’ follower count dropped to 13.6 million, with many celebrities opting to unfollow him on social media.

In the video, Tati goes into detail about the actions of her ex-friend, including her doubts that the sponsorship deal in question was all Charles claimed it to be. Other YouTubers have thrown their hats in the ring, with Nikita Dragun reportedly providing receipts to corroborate Charles’ story that Sugar Bear Hair provided security at Coachella when he was in a bind. Westbrook also alleges in her video that James Charles makes it a habit to seduce straight or bi-curious men for sport, an act which Westbrook condemned and has been echoed by community members and fans.

While James Charles issued a video of his own to apologize to Tati, his former “mother figure” wasn’t having it. Since Westbrook also noted that Charles had allegedly spread lies about her and her husband, a reconciliation isn’t likely to take place any time soon. Although Westbrook has since uploaded a video explaining her reasons behind making her “Bye Sister” video, she may not go back to making her daily videos quite yet, citing her “heavy heart” as her reasoning. Any beauty guru will tell you that a laser hair removal session can take as little as 30 minutes, but this drama is sure to last a while. And while a tiff between two rich, white beauty vloggers might not deserve to be front-page news in this time we’re living in, one can’t argue that it might serve as an entertaining respite from everything else that’s happening in the world today.