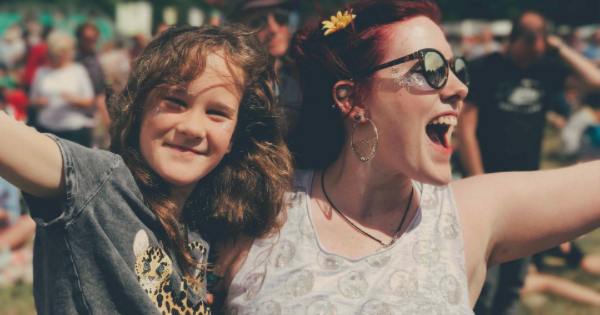 After a brief hiatus in 2018, the annual Glastonbury Festival returns this June with a fresh line-up of musicians and more than a little innovation.

The UK festival is set to feature some of the biggest names in music with multiple stages showcasing a myriad of artists. Now that some of the final acts have been booked, let’s dive into what we can expect at this year’s festival.

The musical performances are the true front-runners to the festival season. Spanning multiple genres across a period of five days, the festival will rely on a number of stages to appeal to a range of festival-goers. When the event kicks off on June 26, the 46-year-old event will feature some of the biggest names in pop culture today, including:

Marketers for the event have begun to share line-up posters for the event on numerous social media channels. While 62% of marketers use Facebook as their number-one choice for marketing efforts, the event has posted its news on multiple channels including Twitter, Instagram, and Facebook to drum up excitement.

The Glastonbury Festival is no stranger to a few heated political debates, as seen in their Left Field portion of the event. In response to the growing concern over plastic products, one arena in the festival will be made entirely of recycled plastics picked from the Cornwall, Devon, and Somerset areas.

The “Gas Tower” 360-degree dance arena, which is part of the Shangri-La area of the festival, will be constructed from more than 10 tons of plastic bottles and products plucked from beaches, parks, and nearby city streets between May 11 and May 23.

These plastic bottles are primarily made from polyethylene, the most common plastic produced throughout the world at 80 million tons per year. Utilizing this common plastic for sustainability purposes has truly dubbed this event a game changer in the music scene.

“This ground-breaking project will see tonnes of plastic removed from our environment — where it has such devastating consequences on our wildlife and marine life — and put to good use,” notes Allison Ogden-Newton, the chief executive for the Keep Britain Tidy campaign.

“By working together, we are showing the world that the plastic we no longer want or need can be recycled and turned into something that is both exciting and useful.”

The plastic will be cleaned and processed by the Exeter City Council before it is transformed into the proper building materials for the stage by a construction company. It’s estimated that 8.4 million people work in the construction industry in the United States, but it is not yet known who will be building the stage for the event.

Recent reports claim that simply switching to energy-efficient appliances can save the average American more than $500 per year in bills alone. As Glastonbury begins to utilize recycled plastics, they’re setting a precedent of sustainability for other festivals that will come after.

Even though the event is heralded for its musical entertainment, the festival does so much more than put on a great show. The Left Field portion of the event is set to feature rousing debates regarding some of the most pertinent political topics racing across the globe.

According to their most recent posters shared on social media, some of the most pressing topics include racism, environmentalism, Brexit, the impact of social media, LGBTQ+ rights, and more.

The festival will also feature a Theatre and Circus area where cabaret dancing, magic, puppetry, opera, and more will take place. There’s even a kids section to the event, known as Kidzfield, where you can sit in for some wholesome family fun.

Best of all? The event is confirmed to use 5G thanks to EE, making it one of the first places to utilize the new data throughout the UK.

“Smartphones have become a festival must-have as we’ve seen each year with more and more data being consumed at Glastonbury Festival,” said Pete Jevons, the director for marketing communications at BT and EE.

“With the introduction of 5G this year, we are able to trial this new technology at Worthy Farm and make history as the UK’s first 5G-connected festival.”

EE will install five temporary 5G masts along with the 4G masts that were constructed back in 2017.

These are just some of the events and features Glastonbury festival-goers will get to experience this June. Unfortunately, tickets are currently sold out. But if next year’s event is anything like this one, we’ll have a lot to look forward to.