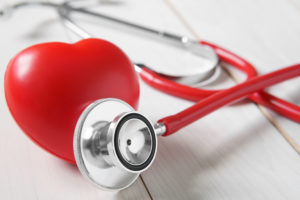 “Breakfast is traditionally believed as the most or at least one of the most important meals of the day, but there are not much data available to say ‘yes’ or ‘no’ to this belief,” said Dr. Wei Bao, the senior author of the study. “Our paper is among the ones that provide evidence to support long-term benefits.”

Researchers analyzed the data of 6,550 American adults between the ages of 40 and 75 from 1988 to 1994. Participants reported how often they ate breakfast in the National Health and Nutrition Examination Survey.

Researchers analyzed a separate group of data to determine the participants’ health status through 2011. After an average follow-up period of 18.8 years, up to 2,318 deaths had occurred including 619 from cardiovascular disease.

After comparing the two sets of data, researchers found that adults who never ate breakfast were at a higher risk of heart disease-related and stroke-related death compared to those who ate breakfast every day.

Although there isn’t a direct cause, only a link, researchers say skipping breakfast is associated with increased risk of obesity, elevated cholesterol or fats in the blood, high blood pressure, metabolic syndrome, heart disease, and Type 2 diabetes. These findings were independent of socioeconomic status, body mass index, and cardiovascular risk factors.

“To the best of our knowledge, this is the first prospective analysis of skipping breakfast and risk of cardiovascular mortality,” the researchers said.

But the study had its limitations. Krista Varady, an associate professor of nutrition at the University of Chicago who wasn’t involved in the study, says the study was fairly well done.

“However, the major issue is that the subjects who regularly skipped breakfast also had the most unhealthy lifestyle habits,” said Varady. “Specifically, these people were former smokers, heavy drinkers, physically inactive, and also had poor diet quality and low family income.”

The data in the study also didn’t include information about what types of foods or drinks were consumed for breakfast and whether a person’s breakfast consumption patterns changed.

“I realize that the study attempted to control for these confounders, but I think it’s hard to tease apart breakfast skipping from their unhealthy lifestyle in general,” said Varady.

One factor that wasn’t considered in the study was how much exercise the participants were receiving. Physical activity is recommended for people of all ages; it’s even recommended that kids between two and five-years-old practice their motor skills through running and tumbling.

The participants involved in the study were between the ages of 40 and 75. Up to 64% of people age 65 and older living in nursing homes have some form of dementia, which inconclusive studies show may actually worsen with physical activity.

What’s more, over 1.5 billion people live with chronic pain, which can also impact how often you exercise and what types of physical activity you’re receiving.

Factors such as lack of exercise, poor diet, and high stress levels can lead to increased risk of cardiovascular disease and stroke. Heart disease is currently the leading cause of death in the U.S. and it was responsible for 15.2 million deaths in 2016.

That said, whether you skip breakfast in the morning or you eat breakfast every day, it’s crucial to maintain a healthy, balanced diet and to exercise for 75 to 150 minutes a week.