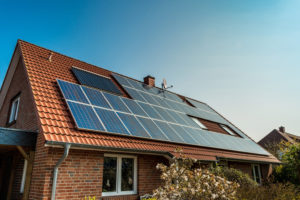 Lower prices have allowed solar power to rapidly expand in the last decade, but access to solar power hasn’t been equal. According to the Scientific American, a new study shows that communities of color have unequal access to clean energy compared to white communities, affirming what advocates have been reporting anecdotally for years.

Researchers at the University of California at Berkeley studied the imbalances in solar power deployment through data from Google’s Project Sunroof and demographic data from the U.S. Census. Project Sunroof is an initiative that maps solar rooftop panels seen from satellite images.

Researchers expected to find racial disparities in clean energy because of socioeconomic factors. However, their study results showed that communities of color installed fewer rooftop solar panels than white communities even when controlling for income levels. Researchers say this disparity can’t be completely explained by either household income or home ownership levels.

“I was not surprised to see that race and ethnicity were important, but once we controlled for income I thought the effect would be reduced significantly,” said Daniel Kamman, co-author of the study. “But alas, it was not.”

Although the reasons for the disparity are unclear, the study suggests that programs aimed to boost solar power in disadvantaged communities need to consider more than income levels. Activists and nonprofit organizations have already started to advocate in this direction.

“To us, energy is just another dimension of social justice challenges,” said Jacqueline Patterson, the director of the NAACP’s Environmental and Climate Justice Program. “With clean energy, not only is it often a more affordable way of accessing energy, but it also puts us in control of our energy.”

What’s more, solar power roofing is better for the environment compared to conventional roofing products, which contribute 20 billion pounds of waste to U.S. landfills every year.

Reports from industry and non-governmental organizations suggest the racial disparities in the clean energy movement are caused by a lack of diversity in the environmental and solar power fields. The disparities may also be connected to the historical pattern of racial discrimination that has left many communities of color in the U.S. with problems such as insufficient public infrastructure.

“The disparity in rooftop solar is the same disparity as in everything else,” said Naomi Davis, president and founder of Blacks in Green, a Chicago-based non-profit organization.