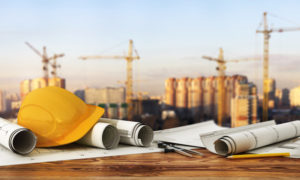 The construction of taller, denser housing may not be the solution to the nation’s low housing supply, data shows. According to a recent study by the Massachusetts Institute of Technology, “upzoning” has no impact on local housing supply and actually leads to higher, not lower, local housing prices.

The study, published in the journal Urban Affairs Review and led by urban planning doctoral student Yonah Freemark, analyzed the effects of upzoning in Chicago neighborhoods in the 2010s.

In the early 2010s, a Chicago housing policy allowed more dense housing around rail stations. Freemark and his team found that the policy had no impact on new housing construction over a five-year period.

The upzoning also resulted in higher land values, which meant pressure for higher rent and no new way to alleviate that pressure. This is concerning because the average cost of housing, both in terms of sales and rentals, has been on the rise for years. Up to 39 million American families are paying more for housing than they can afford.

Despite the study’s findings, the state of California is considering a bill that will permit denser housing around public transportation. The bill, known as SB 50, has been introduced by state Senator Scott Wiener.

“I don’t think the study should be used to not pursue a specific policy or another,” said Freemark about the bill. “I think it should be used as a cautionary tale about a concern that is raised by upzoning.”

Those advocating for local control over housing approvals oppose SB 50 and say the bill is the most radical proposal in a stream of new legislation aimed at compelling cities to approve new housing. Freemark says many of the issues that were raised in the study appear to be addressed in Wiener’s proposal.

These issues include major protections for low-income renters and communities at risk of gentrification. These protections were previously absent in the 2018 version of the bill.

“These tenant protection policies actually are going to go a long way in addressing my concerns that my study raises in Chicago,” said Freemark. “In California, they’ve taken to heart the effect that upzoning is not going to have one singular effect.”

Freemark says he’s declining to take a position on the Wiener bill.

Whether California chooses to follow through with upzoning or heads in another direction, the need for affordable housing is bigger than ever. And not just in California.

Over 8 million Americans spend more than half their income on housing, leaving little money left over to pay for healthcare, food, and transportation. According to Curbed, no state or city in the country has an adequate supply of housing for those with extremely low income.

Other cities have considered renovating homes for basement apartments. Basement remodels have a 70% ROI, but a basement needs to meet legal egress requirements for a safe escape to qualify as a finished living space.

“One way or another we pay for the housing crisis,” said Diane Yentel, president and CEO of the National Low-Income Housing Coalition. “Inaction is expensive.”