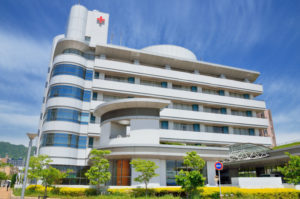 The U.S. Food and Drug Administration has granted its first approval on a new breast cancer treatment. According to CNN, the FDA has approved a new immunotherapy treatment regimen combining immunotherapy and chemotherapy, specifically Tecentriq and Abraxane.

The immunotherapy regimen received accelerated approval for patients with triple-negative breast cancer that is locally advanced or metastatic, can’t be surgically removed, and whose cells include a protein called PD-L1.

In the study, patients whose cancer included the protein PD-L1 experienced a median progression-free survival of 7.4 months after receiving the immunotherapy regimen. That’s 2.6 months longer than patients who received chemotherapy and a placebo.

“This is the first time immunotherapy has worked in such a difficult-to-treat cancer and is a huge step forward for these breast cancer patients,” said Dr. Peter Schmid, the lead author of the study.

Dr. Otis Brawley, a Johns Hopkins University professor of oncology and epidemiology who was not involved in the study, says that although the FDA’s decision to approve the new treatment was the right thing to do, it’s not necessarily the end of the story. New medical treatments, such as the cardiopulmonary bypass developed in 1953, need to prove that they help patients live longer outside of a closed study.

“The FDA has approved it based on progression-free survival with the hope that later on … data will show that the treatment actually makes women live longer,” said Brawley.

Drug discovery is a multi-billion dollar industry. The FDA grants accelerated approval to drugs that treat serious conditions or unmet medical needs based on data that suggest clinical benefits. If the drug is confirmed to provide benefits in later clinical trials, the treatment may receive the traditional FDA approval.

The drugmaker for the immunotherapy regimen, Genentech, is expected to submit a final report on researchers’ subsequent findings by September 2020.

Tecentriq is the brand name for the immunotherapy drug atezolizumab used in the regimen alongside brand name drug Abraxane. Tecentriq has been approved in the past to treat other types of lung and urinary cancers.

Triple-negative breast cancer most often affects black and Hispanic patients, patients with a BRCA1 gene mutation, and patients in their 40s and 50s. The average age for menopause is 51.

By incorporating immunotherapy and chemotherapy into one treatment regimen, medical experts hope to find a more effective treatment option for triple-negative breast cancer.

“We are using chemotherapy to tear away the tumor’s immune-protective cloak to expose it,” said Schmid, “enabling people’s own immune system to get at it.”