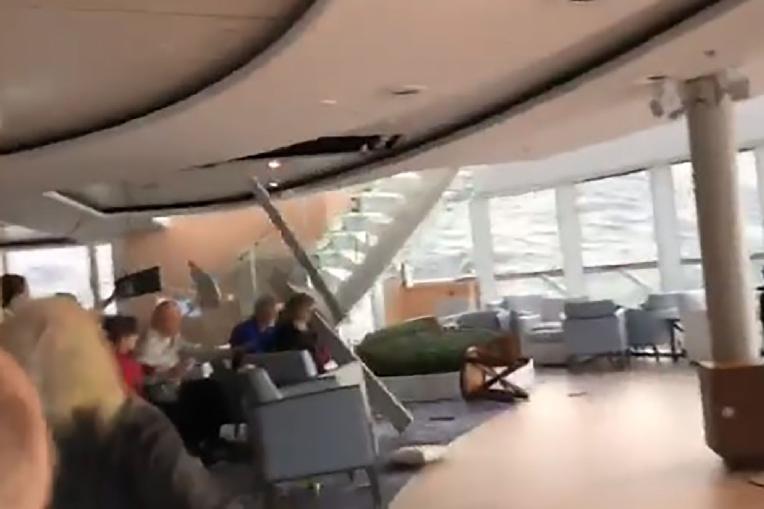 *Things got real wild and crazy, not to mention, downright frightening on a cruise ship off the coast of Norway over the weekend.

Videos and photos from freaked out passengers show the Viking Sky cruise ship tilting nearly 45 degrees in choppy waters, sending excursionists and furniture sliding across rooms and tiles falling from the ceiling.

Surely in a situation like that you had some folks throwing up ans pooping on themselves.

In any event, the stricken cruise ship finally reached the Norwegian shore Sunday afternoon, nearly 24 hours after it issued a mayday call when it suffered engine trouble at sea.

Photos show the ship rocking along Norway?s rough, frigid western waters as it tried to avoid colliding with the rocky coast Saturday.

Video taken by passengers shows water pouring through communal areas as waves of up to 26 feet lashed the ship. Another clip posted to Twitter shows ceiling tiles tumbling onto the heads of passengers and tables and chairs rolling across the deck.

At least 20 of the 1,373 passengers and crews were injured, said Viking Ocean Cruises.

Nearly 450 passengers were airlifted to land by helicopters. A tug boat and two other vessels on Sunday helped the ship reach the port on Molde after its engines were restarted.