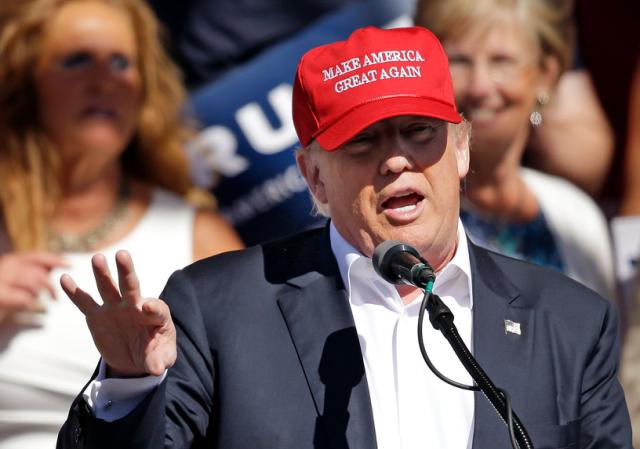 (Via Yahoo News) – They’re red and white and debated all over.

The baseball caps embroidered with the campaign slogan “Make America Great Again” are synonymous with President Donald Trump’s administration, and have become a hot-button topic, especially in the wake of a racially charged confrontation last week near Washington’s Lincoln Memorial.

Many, including actress and activist Alyssa Milano, now are calling the baseball caps the modern-day white hoods of the Ku Klux Klan, representing a white nationalist ideology pushed by the president.

The standoff involved a group of students from Covington Catholic School, an all-boys high school in Kentucky, who were wearing MAGA hats when they got into a confrontation with a Native American man from Michigan. The Native American elder, Nathan Phillips of Ypsilanti, said he was trying to defuse the tension between the mostly white students and four members of the fringe religious group called the Black Hebrew Israelites, who hurled insults at the students.

Videos of the incident posted to social media whipped up fierce debate about who was right and who was wrong and the role the MAGA hats may have played in the whole ordeal.

It led some to ask: If the boys hadn’t been wearing the MAGA hats, would the confrontation have escalated as it did?

John Pavlovitz, an author, pastor, and activist from North Carolina, said the boys might not have fully understood the loaded meaning those hats carry for some people.

“To be present at that gathering is one thing, but to be present in those hats is a completely different statement,” Pavlovitz said. “There?s no sense of compassion in those hats to most people, so that hat becomes a threat.

This story continues at Yahoo.com.