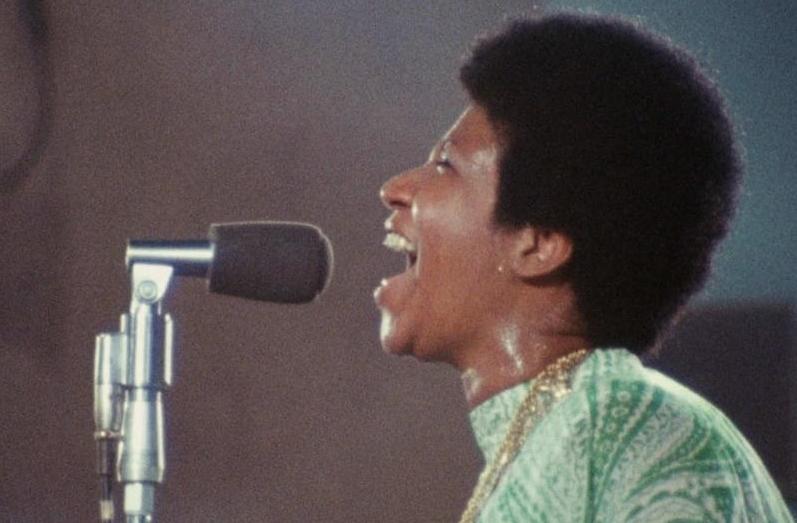 *The Pan African Film & Arts Festival announced that it will celebrate its 27th Annual Opening Night with a screening of Aretha Franklin?s cherished Amazing Grace concert documentary at the Directors Guild of America.

The festival, which presents an impressive slate of over 170 new Black films from the US and around the world and exhibits more than 100 fine artists and unique craftspeople, starts on Thursday, February 7 through Monday, February 18 at the Cinemark Rave 15 Theatres (3650 Martin Luther King, Jr. Blvd) and the adjacent Baldwin Hills Crenshaw Plaza    in Los Angeles, California.

Aretha Franklin?s spine-tingling and uplifting Amazing Grace, produced by Alan Elliott, was originally directed by Sydney Pollack in 1972 at New Temple Missionary Baptist Church in Los Angeles, California. The film, a rare gem in the crown of the late musical genius, has not been seen before now due to technical and rights issues.

?It?s such a blessing to open the festival this year with Amazing Grace,? expressed PAFF Co-Founder and Actor Danny Glover. ?Aretha Franklin is a rare treasure. To be graced with this film is an honor and a testament to the perseverance and long-standing prominence of the festival?s impact.?

Over the past 26 years, The Pan African Film & Arts Festival has sought to increase cultural awareness and bridge diverse communities from the African diaspora by providing a creative safe space for the development and expression of the Black narrative through film, poetry, art and music. This year, PAFF will ?amPAFFify? amplify and ignite the Pan-African experience through next generation storytelling.

?27 years ago, we made a political, cultural, social and intellectual decision to get involved in film festivals as it became clear that a platform to showcase Black films was needed,? shared Ayuko Babu, Executive Director and Co-Founder of PAFF. ?It?s been a privilege to be a platform for many filmmakers and talent to share their unique stories through the lens of their own experiences, visions and creative artistry. The on-going challenge is… who?s story gets told on the small screen and big screen? The Pan African Film Festival is a way of showing distributors the stories that matter to people of color.?

PAFF?s legacy is evidenced by the success of storytellers and talent who?ve contributed works to the festival such as Will Packer, Kevin Hart, Jamie Foxx, Ryan Coogler, Berry Jenkins, Taraji P. Henson, Ava Duvernay, and countless others. The program?s platform exists proudly as a conduit for the careers of thousands of talented actors, directors, producers and executives; many of which have gone on to win the industry?s top honors including the Golden Globes, Emmy?s and Oscars. As an official Oscar-qualifying festival, many of PAFF?s short and live-action films will be up for consideration for an Academy Award.

To further ?amPAFFify? PAFF?s proud history, the organization recently launched an ?#IAMPAFF? Meme Generator, designed to allow festival supporters to share their own stories on social media. Festival supporters can join in the fun by creating a meme to tell their story at paff.org/iampaff.