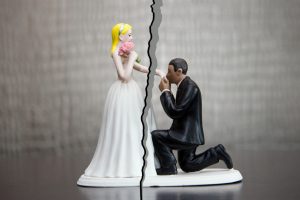 If Ariana Grande’s latest video is anything to go by, the captivating songstress can definitely sit with us.

During any given daylight moment across the U.S., approximately 660,000 drivers are using cell phones or other electronic devices. And there’s little doubt that a lot of people at least thought about breaking the law when Ariana’s much-anticipated music video for her new single, “Thank U, Next,” was finally released.

These days, music videos aren’t necessarily what they once were. The days of being glued to video countdowns on MTV and VH1 are but a distant memory. But some popular recording artists are still managing to make a splash thanks to other platforms. Grande chose to release her new video on YouTube, a platform that reaches more 18- to 34-year-olds and 18- to 49-year-olds than any cable network in the United States. And viewers were immediately buzzing about its brilliance.

The song, which was released in November and quickly rose to number one on the Billboard Hot 100 chart, pays homage to the singer’s previous relationships. In it, she expresses how grateful she is for her exes, but the plot and cast of the video is what really has fans talking.

Teasers from the set eluded to there being some Mean Girls references within the video, but the final product turned out to be a hybrid of four beloved films among millennial women: Mean Girls, 13 Going on 30, Bring It On, and Legally Blonde. Each section features picture perfect styling and recognizable stars, including Kris Jenner, Jennifer Coolidge, Colleen Ballinger (a.k.a. Miranda Sings), Jonathan Bennett (the love interest in Mean Girls), and others.

Of course, Grande put her own twist on things. In the Legally Blonde sequence, she featured her own beagle puppy instead of an iconic chihuahua. When she’s studying as Elle Woods, she’s clearly reading an immigration and refugee law textbook — likely a reference to the current political climate. While immigrants make up 13% of the total U.S. population, the presidential administration’s anti-immigrant rhetoric and policies are inspiring stars to speak out publicly against them. She also puts her own spin on the “bend and snap” move; as she explained in a tweet to Reese Witherspoon, they were afraid to replicate it completely for fear of legal repercussions (which is ironic, considering it’s a parody of a movie involving Harvard Law School).