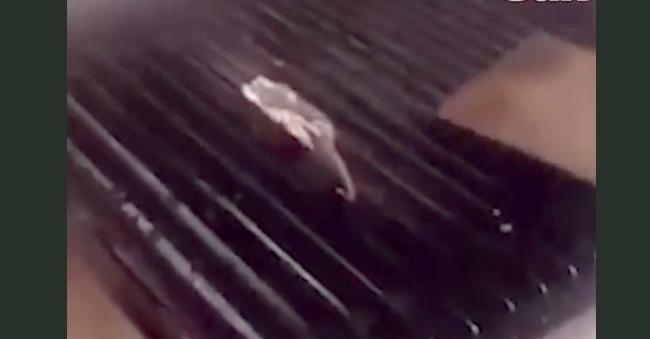 In the video, which was uploaded to Snapchat, appears to show two knucklehead teenage workers joking it up as they fry up a baby rat next to a beef patty at the restaurant in Honolulu.

Don?t eat at Teddys Burger in Mapunapuna.
They cooking rats on the grill ??? pic.twitter.com/3OTTVFgita

?Braaaaah. Gnarly. Employees at Teddy?s Bigger Burger cooking a rat at the 99 ranch location. Ummmmm ? so gnar,? reads the caption, according to a screengrab posted by Fox News.

The restaurant fired at least one employee ? and plans to conduct a ?complete sanitization? of equipment and replace utensils, company reps told the station.

?We will then send a corporate team in to inspect and complete a thorough audit of the location before it is allowed to re-open,? Stula told Fox.

He added, ?We are horrified that a former teenage employee would conduct themselves in that way and make such a video of which we are investigating its authenticity.?

The restaurant should re-open once it is cleaned and equipment is replaced.

Note to self when visiting Honolulu: NEVER eat at Teddy’s Bigger Burgers.

One thought on “Would You Like Fries with Your Grilled Rat? – Read Why Burger Joint was Shut Down – VIDEO”