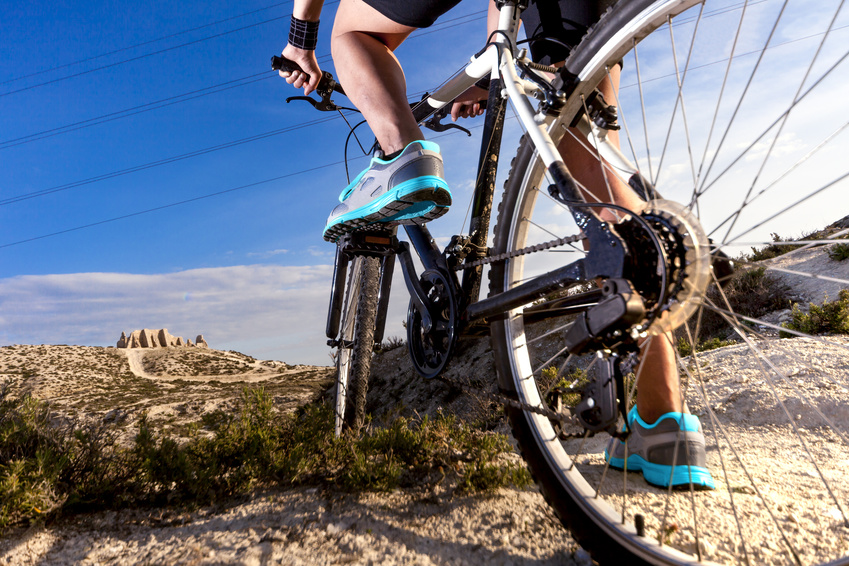 Meet Kyle Messier. He’s a 31-year-old bicycle mechanic from Waterloo, Ontario. He’s, shall we say, a cycling enthusiast. He entered the Big Red Gravel Run, a 100-kilometer off-road race near Harrington, Quebec. New to racing, but no stranger to distance riding, he prepared himself. Instead of packing up the car and heading to the race, Messier hopped on his bike and pedaled 650 kilometers to Harrington over three and a half days.

If that’s not extra enough, he went on to win the 100-kilometer race, slept for a bit in his tent, then got back on his bike and pedaled 650 kilometers back home. While 48% of people are determined to decorate their homes this year, Messier is part of the slim percentage of people who have much loftier, experience-driven aspirations.

He didn’t check his finishing time because it didn’t matter to him. He also stayed to encourage other riders as they finished the race. Then he ate pizza, which has to be the secret to his success.

“I was just thinking about getting back to another pizza … It becomes a mind over matter thing, versus just turning the pedals. Otherwise, if you’re thinking ‘I’ve got a 100 kilometers to go,’ it makes things harder in your head. It’ll eat your soul,” he said.

His life and ways of thinking certainly deviate marvelously from the beaten path. While other people are biting their nails debating between 30-year and 15-year fixed rate mortgages for their homes, Messier lives as minimally as possible. He owns no car and his bed at home is a mat on the floor. Above all, Messier loves cycling unequivocally:

Aside from pizza being a driving force, he also practices active meditation. This meditative process focuses on repetitive physical activity such that the mind becomes preoccupied with simply performing those actions. With practice, one can lose themselves in the active process. Definitely a good way to push through journeys as long as Messier’s. He was pretty happy about winning the race but was more happy to just be there doing what he loves.

Afterward, he just wanted to get home. So he got there, unpacked, and took a well-deserved nap. No big deal, right?