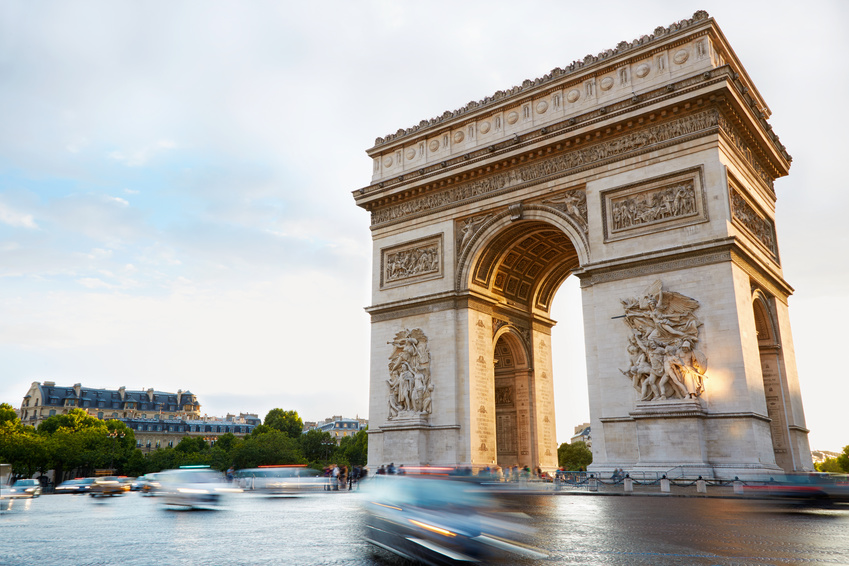 First of all, this story might come off as unseemly. Actually, it is unseemly, but important to mention. Because, behind the pretense of a civilized society, human beings are rarely better behaved than wild animals. Sometimes even worse. Giving us the ability of higher cognition merely makes such barbaric behavior all the more astounding to reflect upon, so let’s reflect.

By the end of 2019, the U.S. government will pull in an estimated $3.4 trillion in revenue, which will undoubtedly be dispersed in ways that will draw waves of criticism and praise alike. Whilst our country catches a whole bunch international and domestic flack for spending on social infrastructure (and everything in between), France is currently catching now for an issue they’re blundering to address.

Let’s pop over to Paris for their pedestrian pee problem. Yes, you read that correctly. The French city often touted loftily among the most highfalutin places on this planet has a public urination issue. As children, we’re potty trained, such that when we get older, problems like bladder control won’t be an issue. My how far we’ve come from that bastion of infantile development to slide into purposeful incontinence. Where some 74% of adults are afraid of something so inconsequential as an imperfect smile hurting their careers, apparently, a much smaller percentage have scruples with errant public urination. The main culprit? You guessed it: men.

Come on, guys. Get it together.

The Uritrottoir isn’t your average street-side architectural fixture. With little flower gardens installed atop them, they resemble waste receptacles, but they’re anything but. Combining the French words for urinal and pavement, they represent the Parisian solution to public urination. Four are currently installed in the city by designers who literally advertise them as “the urban ecological solution for civilizing ‘wild peeing.'” Yep, that’s a real thing and it’s really the solution they’re going with.

Public standing urinals, usable only by men; they’re bright red, and if you aren’t sure what they are, the animated graphic of a man peeing emblazoned on signs above them should provide clarity. Parisians are not happy with them for a variety of reasons. Between being just plain unsightly and the blatant sexism they represent, people are outraged.

“They have been installed on a sexist proposition: men cannot control themselves and so all of society has to adapt. The public space must be transformed to cause them minimum discomfort,” remarks Gwendoline Coipeault of feminist group Femmes Solidaires.

Things like historical structures, roofs, and foundations, which should be looked at once or twice annually are being thought of side by side with human urination problems. The city is old enough, not to mention bearing vast historical significance that’s now neighbor to public urinals that aim to keep wild peeing at bay. Medieval France had these problems and here we are in 2018, attempting to fix the same problems. A sad, laughable reality.

Apart from that, as the sale of luxury goods grows consistently year by year with Paris being one of the mainstays of the luxury goods world, now they get brand new Uritrottoirs outside their shop windows. The physical receptacles an eyesore, let alone the act of being publicly used in full view of storefronts and historical spaces.

“There’s no need to put something so immodest and ugly in such a historic spot,” says Paola Pellizari, who’s not thrilled about seeing one outside her Venetian art store, in full view of the Notre Dame Cathedral.

Still, the problem isn’t new. For more than a decade, Paris has been installing unisex toilets that are the equivalent of American portapotties to curb the issue. Still, the issue is more voluminous than before and they’re scrounging to find ways to get people to remember their childhood potty training lessons.

The criticism has been answered in different ways. Police haven’t praised Uritrottoirs, but think limiting enclosed bathroom spaces where drug use and sex are rampant is a reasonable alternative. Meanwhile, spokesmen for the Uritrottoirs are saying that one goal is to free up enclosed bathrooms for women, taking men out of them and into the less private options.

Whatever the responses are, we’re pretty sure the issue of les pipis sauvages is a human problem to its core.