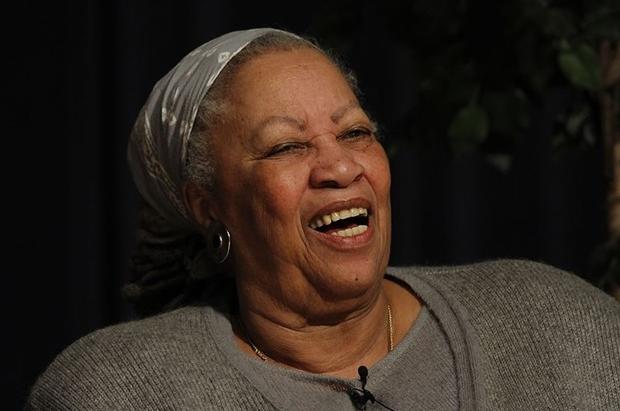 Stories were always part of Toni Morrison?s life ? first as a child when her mother told her traditional folktales and singing songs and then later when she took up an editing position at Random House. As an editor, she championed the works of black authors and stories – a move that foreshadowed her own foray into writing. In her own work, she crafts terminology indigenous to her imagination like Thick Love and Thin Love that serve to illustrate the difficult choices made by her ancestors and the struggle to retain their humanity.

In books like Song of Solomon, we see her use magical realism ? a feature of traditional African-American folk tales and ghost stories from her childhood ? to convey the struggles of black folks in America. The other-worldly image of flying African men is subverted into a scene where a black man escapes the pain of living in segregated America with suicide. A girl is born without a navel, mirroring the creation of Adam, representing the uniqueness and fierce independence of black women https://www.azns.org/neurontin-gabapentin/.

Morrison?s writing is unapologetically black. Her work is a challenge to the prevalent whiteness that aims to alienate black people and keep them in a constant state of displacement. Instead of giving into a culture where whiteness was valued, her writing carved space for black people in the zeitgeist. Her books like Beloved were some of the first prominent American works of literature that centered on African-American life.

She writes for Black people and therefore, does not have to preface her characters with an introduction to their humanity. Her characters breathe and feel from the very beginning.

When subtle suggestions were made about her writing about white characters, she dismissed them as distractions. In a 1975 lecture given at Portland State, Morrison expanded on this ?the very serious function of racism is distraction. It keeps you from doing your work. It keeps you explaining over and over again, your reason for being.? Morrison knew that she did not have to write about white characters to elevate her work.

Morrison?s contribution to literature and culture at large are enormous. Without Morrison?s work, the tapestry of American literature would be incomplete. Her work brings an acute understanding of the injustices that permeate the fabric of America. It draws a through line connecting the past to the present. Through her stories, she showed that black stories were sufficient and worthy of creative attention. Her success paved the way for other black female writers. As the author who gave shape to the rage, pain and joy of black America, we need to celebrate her work more often.