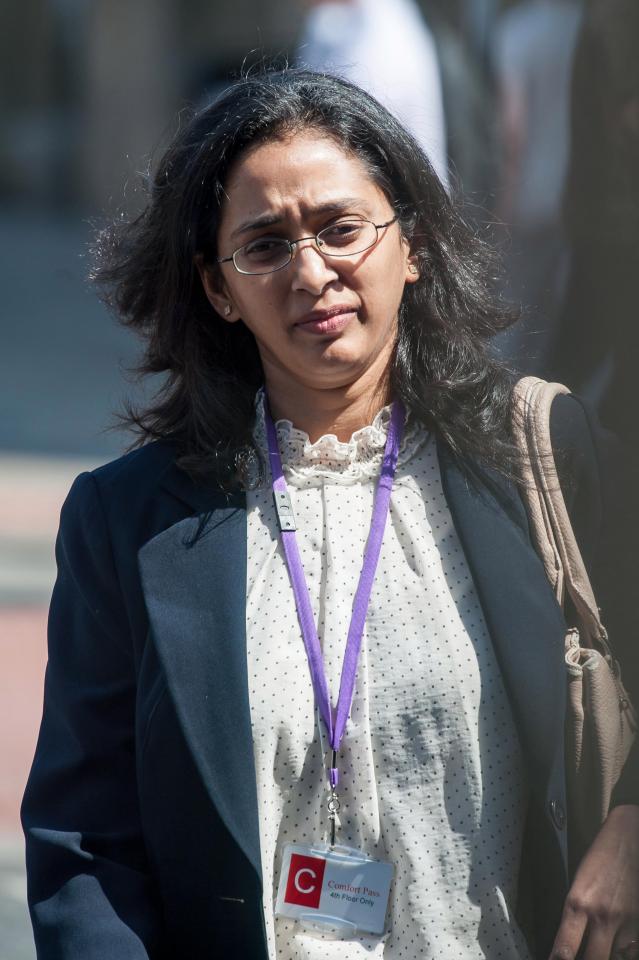 *Omg. This has got to be the saddest story ever.

A premature baby in Scotland was decapitated while still in his mother’s womb during a botched delivery at Ninewells Hospital, in Dundee.

Dr. Vaishnavy Laxman, a 41-year-old consultant gynecologist, who quite frankly doesn’t even appear to know how to deliver a child, was expected to perform an emergency C-section on a 30-year-old first time mother if the baby was breech (which it was), but instead allegedly went against given advice and attempted to deliver the baby naturally — telling the mom to push while the baby’s legs were being pulled.

This caused the child’s legs, arms and torso to become detached, leaving its head inside the mother’s womb, according to what was relayed at the tribunal hearing.

The mother, only identified as Patient A, was then forced to undergo a C-section so that the baby’s head could be removed.

The infant’s mother told the tribunal she was not informed about what would happen next, before being told to push.

She said: ”The only pain relief I was given was a spray on my tongue.

“I was told it was meant to loosen my cervix but I was not given gas and air – I was in pain.

“I had the doctors putting their hands inside me and I had them pushing on my stomach and then pulling me down.”

When Dr. Laxman told the woman that her child had died, no details, the grieving mother actually said, “it?s alright, these things happen, I forgive you”.

But then, “She went away…I started screaming when I found out the full extent, I was just crying. I was upset because of the severity of his injury,” she later said.

?I would never use the word stillborn, he was not stillborn he was decapitated.”

As if things couldn’t get any more morose, the baby’s head was sewn back onto his little body so that his mother could hold him and say goodbye.

At a Medical Practitioners Tribunal Service in Manchester, the mother retracted her initial comment to the doctor and told her instead, ?I don?t forgive you, I don?t forgive you? as Laxman stared down at the floor.

My god. Shame on this doctor, and whoever gave her a license to practice.

Words can’t adequately express our sorrow for this family’s loss.