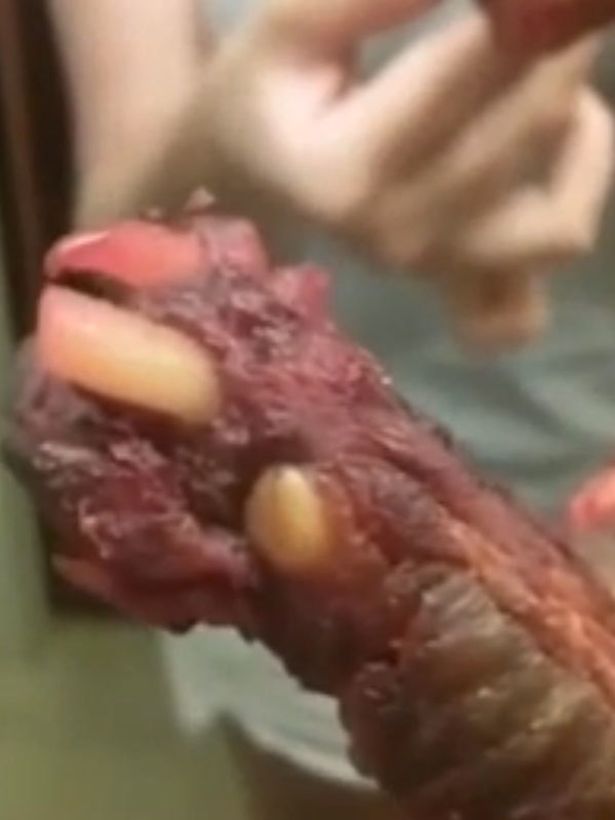 Hmm…maybe she should’ve Googled photos for cartilage at the end of ribs.

Something like this only disgusts Americans because to us, dogs are domestic pets that we consider a part of our family. But many people both in and outside of this country are just as disgusted by the killing of cows, chickens, lambs and other animals we eat regularly, without batting an eye. Take a look at the woman’s video below.

One thought on “Woman Claimed There Was a ‘Dog’s Paw’ in Her Spareribs (Look-it!)”