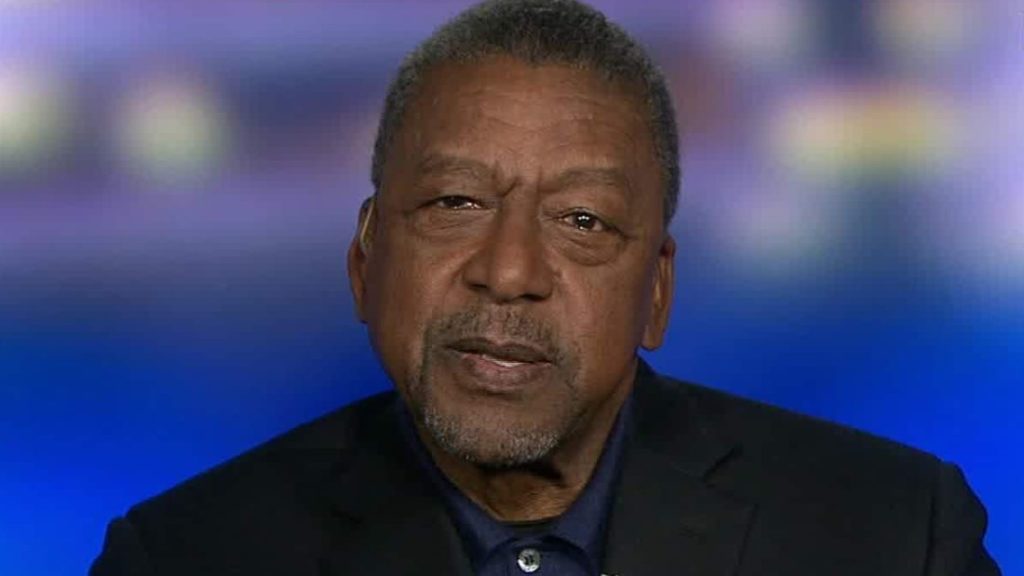 *Money still talks, and BET founder Bob Johnson, aka the First Black Billionaire has spoken once more about the favorable economy Donald Trump’s administration has produced “especially for African Americans” since the end of the Obama administration.

In an interview on Friday with CNBC‘s “Squawk Box” (Scroll down to listen) on Friday, Johnson said “something is going right” with Donald Trump’s economy.

Remember, everyone is entitled to their opinion. And seeing as BILLIONAIRES didn’t get to that stage by accident, it might be worthwhile to listen to Johnson’s reasoning.

Here’s a question you might want to consider: Does not voting for a particular political party mean there is NOTHING in their beliefs that you agree with?

Johnson’s interview may have you questioning this.

In the interview, Johnson is basically asked, “When do you smell the coffee” by one of the newscasters questioning those who are not readily admitting that the economy has improved under the Trump administration.

Johnson blames the so-called hesitancy (to credit the Trump economy) on the current divisive nature of our country. “You’re a little bit in that world of ‘no good deed goes unpunished,'” he begins.

“And that’s what’s happening. Everything is so toxic that even if you do something good the opposition party, the opposition interests, we’re so divisive that no matter what the president would do or no matter what the democrats would do, its all negative. And a lot of it is fueled by just this constant need to go back and be a part of a small community, forget the idea that we’re all part of one country, we’re all in this together. That’s gone out the door,” he adds, concluding, “I’ve never seen a country more in a zero sum game.”

The Blaze reports another excerpt from Johnson?s interview:

?That absolutely means the job market is soliciting employees who have been out of the labor force, some of it just based on discrimination, some of it based on changes in education, access and technology changes. And so when you look at that, you have to say something is going right.?

While there are obviously many who would shake their heads in agreement to Johnson’s viewpoint, others see this improved labor force for African Americans as a continuation from the Obama presidency.

?Most of the programmatic work was set into motion before the last administration was leaving,? said Hilary Shelton, director of the Washington bureau of the NAACP, according to The Washington Post.

In December 2017, black unemployment hit a record low of 6.8 percent, went up to 7.7 in January, and held at 6.9 percent in February and March, according to the Bureau of Labor Statistics.