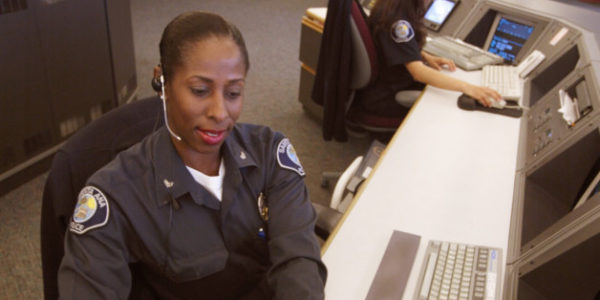 *9-1-1 what’s your emergency? We’ve all heard the stoic sounding voice for some reason or another. But the Menlo Park PD find themselves in the unfortunate position of having people call them because they need help with Facebook. Please help. Someone has hacked into my Facebook Account, can you find him? the upset ‘victim’ responds.

Hell no they can’t “Find him.” They’ve got bigger problems at the moment, ma’am.

Unfortunately, this is no joke.

But Charlie Manning has heard it all. Over the past few months she has received complaints about Facebook advertisements, requests for assistance in recovering lost passwords and demands to speak to Mark Zuckerberg…Now!

But here’s the thing: Charlie doesn’t work for Facebook. She’s a senior 911 dispatcher for the Menlo Park, Calif., police department who gets calls regularly from Facebook users around the world.

The social media giant moved its corporate headquarters from nearby Palo Alto in 2011 to Menlo Park; and I get the impression nobody saw this one coming.

At night, calls to the business number for Menlo Park Police go to the 911 dispatch office ? so anyone who looks up Facebook, finds out it’s in Menlo Park and wants to call the police there will reach the dispatch center.

I have to come clean. Only yesterday did I, this writer right her, look up (and call) a number to “Facebook Support.”

No wonder the music playing sounded a bit “off.”

Anyway, back to the story.

Callers generally get the same response from dispatch. There’s nothing the local police can do about the private company. Manning and her team of dispatchers usually recommend that callers file a case with Facebook’s help center.

A registered nurse called from North Carolina to report advertisements for illegal giveaways of prescription drugs.

A man drove to the gates of Facebook, and when he wasn’t let in, called the police. “I need to see Mr. Z. personally,” the man told them.

The dispatcher recommended he file his complaint online.

“I think a lot of people calling have this grandiose view,” said Karen Salas, a fellow dispatcher. “Facebook’s here, and Facebook’s big … so we [the police department] must be giant, too.”

But Manning says she understands why people who call his dispatch center often feel desperate.

“They’re up late at night at 11 o’clock and they’re looking at Facebook,” Manning says. And when Facebook users feel something criminally wrong has happened to them, “Who are they going to call? They’re going to call us. They feel it’s an emergency because it’s personally affecting their lives and they want action right then and there.”

One thought on “Frantic Facebook Users Often Call Police Dept. in the ‘City Where Facebook Lives” for Help (Listen)”