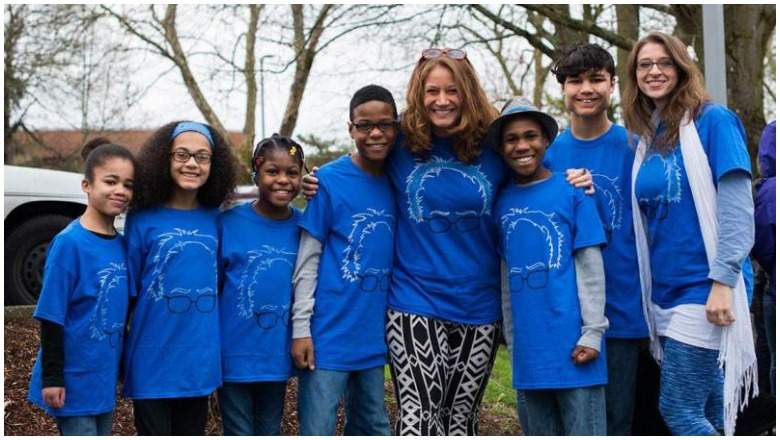 *My heart has been aching ever since hearing this tragic news about the young man who seemed to wear his heart on his sleeve, and his family. By now you have most likely read about the family whose SUV went off of a cliff in northern California while they were on a road trip. Now, recent updates say the plunge may have been “intentional.”

We all came to know of Devonte Hart when that photo of him embracing a police officer went viral. The look on the face of the then 12-year-old (now 15), with tears streaming down his face, is one etched in our minds forever. 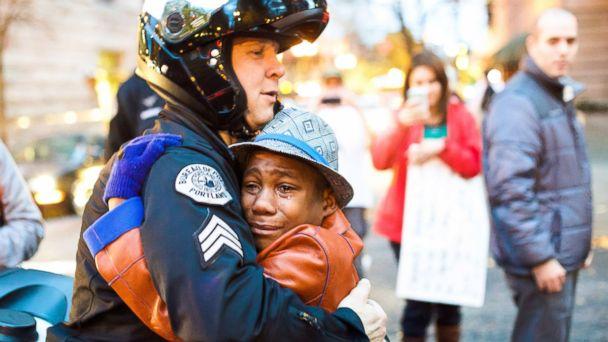 That photo is why I said he wears his heart on his sleeve.

Correction: …Wore his heart on his sleeve.

Reportedly there were eight people in the car. The adoptive parents, Jennifer and Sarah Hart, and six siblings. While the bodies of the parents and three children were found, no one knows where Devonte and two other siblings are.

Since the children were reportedly not wearing seat belts (their parents were), they could have been thrown from the van and out into the ocean. Authorities say they are searching “feverishly” for them.

But an Affidavit obtained by NBC News has brought about a question of whether they were in the car at all.

Authorities have searched the Woodland Washington home of the family; especially following reports of abuse, and the numerous neighbors who have come forward saying at one time or another Devonte or his siblings showed up at their door asking for food or protection.

NBC News, the Affidavit is dated Friday, but it is unclear when the search occurred.

The search was to yield any travel itineraries, bank and cellphone records and suicide notes, among other personal belongings, “to determine if the three outstanding children were involved in the collision or staying elsewhere.”

Now the latest scenario to enter into the equation is the crash “may have been intentional.”

Here’s the thing that makes me think we will never know.

Anyone who could possibly let us know what happened moments before that SUV went over the cliff is dead now. So in my humble opinion, no matter what is found at the home, it won’t be conclusive in letting us know why that vehicle went off the road and plunged 70 feet into the Pacific Ocean.

What I would like to speak to is two possibly obvious scenarios.

There were 8 people in that car, and even the slightest distraction (kids fighting in the back, driver looking at the dial to change music station, or even god forbid, texting, as you drive along a borderless cliff can be a deadly move). By the time you realize you’ve veered too far right, or left, depending on the direction, its already too late. 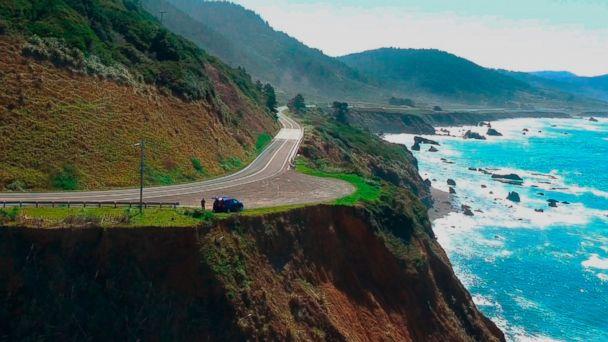 As someone who drives for a living, I detest cliffs. Yes, I trust myself, but I don’t know if I can trust you coming around that curve; and if you are a less experienced driver, well, don’t get me started.

Even focused, the other driver coming towards you from that blind curve may not be.

Authorities say the Hart car was “pinned at 90 mph” when they found it upside down on the embankment (but also admit that doesn’t mean the car was traveling at that speed upon impact). There were no skid marks.

According to an update from NBC News…

A Highway Patrol spokesman told reporters that the Yukon’s on-board computer indicated that the vehicle stopped and then suddenly accelerated off the highway ? plunging about 70 feet down to the rocky shoreline of the Pacific Ocean.

Three children were found ejected from the vehicle when police arrived, but as of Monday, Devonte, Hannah and Sierra still hadn’t been found.

“Three children are still missing and could be in the ocean,” Greg Baarts, acting assistant chief of the Highway Patrol, said Sunday. “We are trying to determine a timeline, path of travel, and if there were any stops.”

California Highway Patrol officers arrived and found Sarah Hart trapped between the roof and the rear seats of the family’s GMC Yukon. Jennifer Hart was still in the driver’s seat.

Again, will we ever really know?

I’m not saying police are wrong. They’re working hard trying to find the answers too. I just don’t think, since the dead can’t talk, we will ever truly know what made this tragedy happen. Maybe there was no deeper reason than it being a terribly and tragic accident.

Was suicide a possibility? Sure, I suppose. But then again I wonder if …or why…someone would go to such extreme measures to kill themselves and their entire family?

Then again, I do realize I am thinking with a logical mind …right now. And mental illness doesn’t necessarily use this option.

And my heart won’t let me close this article without asking,  especially after reading about the abuse charges of one of the women against her birth child, why in the hell did these two white lesbian women adopt these Black children in the first place?

RELATED: VIVID photos from an aerial view detailing the car’s path and plunge

I do hope that the missing children, including Devonte, are alive somewhere — staying with friends or other family members. I hope that they are just scared, but will soon find whatever it takes to reveal themselves because after all, they did nothing wrong, and being alive is nothing to feel guilty about. –DeBorah B. Pryor

Below is a photo taken at the rally by an unnamed photographer. I used the photographer’s words which were found at this website.

Not knowing that he would become famous for the picture of the ?hug felt around the world,? I took this picture of Devonte Hart, says the photographer who captured a then 12-year old Devonte, who was giving out free hugs at a rally in Portland, where people were protesting the death of Michael Brown 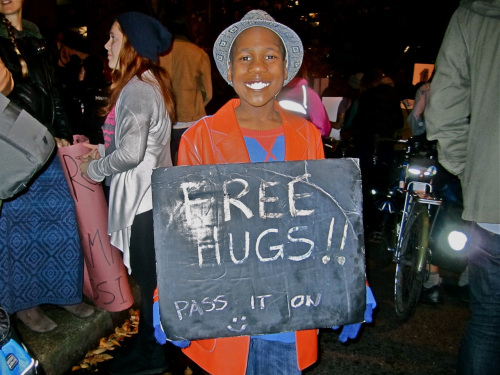 The cop who hugged a distraught Devonte, in the photo below, has spoken out about his death.

Your thoughts? Our prayers.

One thought on “Crash That Killed Devonte Hart and Entire Family ‘Intentional?’… Here’s Why That May NOT Be the Case”