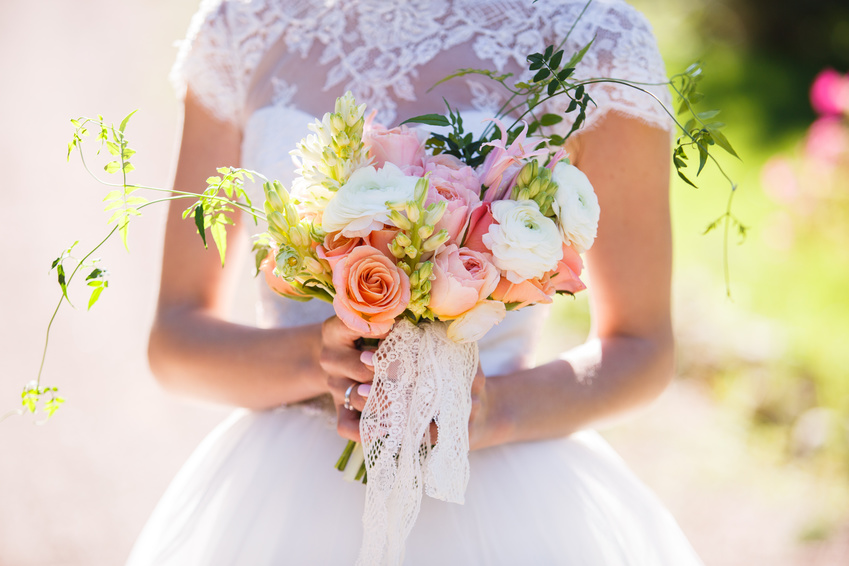 Approximately 2.93 million American children dress up as their favorite princess on Halloween. But next year, some young ladies may ditch the Disney duds for something a bit more British and contemporary. Megan Markle, the soon-to-be-wife of Prince Harry, has proven to be quite the role model for women by breaking the mold of what’s expected of modern royalty. It’s no surprise, then, that the couple’s upcoming nuptials will likely be a mix of old and new. We know you’re dying for all the details, so here’s what we can confirm thus far.

The Dress (and Dress Code)

Of course, Markle’s dress won’t be revealed until the big day, but there’s a lot of speculation over who might be designing it. Roland Mouret, a French designer and close friend of Markle’s, has been tapped as one of the front-runners. Tamara Ralph and Michael Russo may be in the running as well, since the Australian design duo created the $75,000 frock Markle wore in her engagement photos. But eager fashion fans will have to wait to find out whether either guess proves right.

Although style etiquette has relaxed a bit in the last few decades, there are still some fashion crimes you likely won’t see British wedding guests commit. Usually, guests steer clear of black, as even a cute LBD is too reminiscent of mourning. Overly bright colors and patterns are a no-no as well, since they can be distracting in photographs or could even overshadow the bride.

There’s one accessory you’ll probably see quite a bit that’s unique to the UK. Hats, fascinators, and other hair pieces are still very prevalent, as we’ve seen with Kate Middleton’s outfit choices. If you’re celebrating the wedding at a viewing party in your own home, you’ll fit right in if you put on your chapeau and propose a toast to the happy couple.

Americans Not Likely to Attend

Around 88% of Americans marry at least once in their lifetime, but very few American weddings receive the press coverage and public fascination that royal weddings do. Still, the UK doesn’t anticipate an uptick in American tourism for the royal wedding celebration. Spokespersons from ETOA (a European tourism association) and Forward Keys (a travel research firm) have both stated that the UK isn’t likely to experience a flood of tourists for this occasion, pointing to Prince William and Kate Middleton’s nuptials that brought in no noticeable spending or tourism rates.

But that doesn’t mean businesses aren’t hopeful. Pubs will stay open later, hotels are offering luxurious packages, and local attractions are ramping up their tour options. There’s even an eight-day tour with a hotel-viewing party, stops at the most famous British sites, and talks with royal staff members. That’ll set you back nearly $2,500, but for the royalty-obsessed, it could be worth it.

Of course, you can always watch it on TV. The couple’s May 19 wedding will be captured by television cameras and everyone from the Spice Girls to the Obamas are rumored to be in attendance. Getting to view the festivities whilst in your pajamas might be a more affordable (and lets face it, more enjoyable) option.

After the ceremony, Her Majesty The Queen will host all 600 invited guests for a luncheon in St. George’s Hall. Reportedly, Markle will make a speech during this time, breaking with royal bride tradition. Afterwards, the couple and 200 guests will enjoy a private reception at Frogmore House.

The royal family is paying for everything, as tradition demands, from the flowers and music to the service and reception. The couple and their guests will enjoy an organic wedding cake flavored with lemon and elderflower.

If you can’t make it to the wedding, you can always snag yourself an official souvenir. Commemorative mugs, plates, teapots, and other dishes will be made available for purchase.

Whether you’re fascinated by the royal family or just love a good wedding, it’s likely that this springtime event will be sure to delight even the most cynical of viewers. We’ll have to wait and see what other wedding details materialize before the happy couple says “I do.”