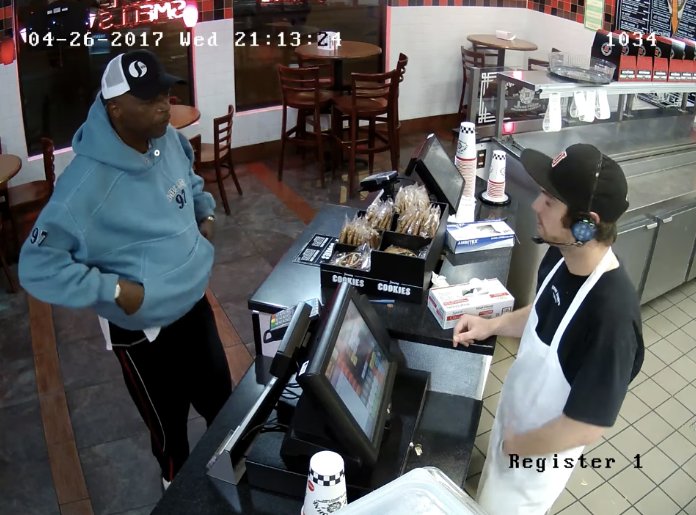 *Dang. Double dang. This employee deserves the medal for coolest, and most stoic ever! A man came into a Kansas City, Missouri Jimmy John’s restaurant on April 26  at 9:15 p.m., ordered an item from the dude at the register, and when the employee told him his total — instead of paying it he took out a gun, put it to the guys head and demanded the money in the till.

But you wouldn’t know it looking at the employee. This dude was like, “No worries, man. Here ya go!”

In the video we see the Jimmy John’s employee as cool as you please, take off the gloves he was wearing and hand the robber the bills and the change from the drawer.

Hell, he tries to give him the entire drawer!

If it wasn’t so scary it would be funny.

According to Pop Sugar, the video — posted on the Kansas City Police YouTube page, quickly went viral on the internet. Some folks on Twitter even believe that the gun looks like it was jammed and that’s why the cashier was so chill.

The Kansas City Police Dept. gave an update saying the robber has been identified and is in custody.  They also added an “Investigation is continuing.”

Hopefully, the employee won’t be traumatized for life.