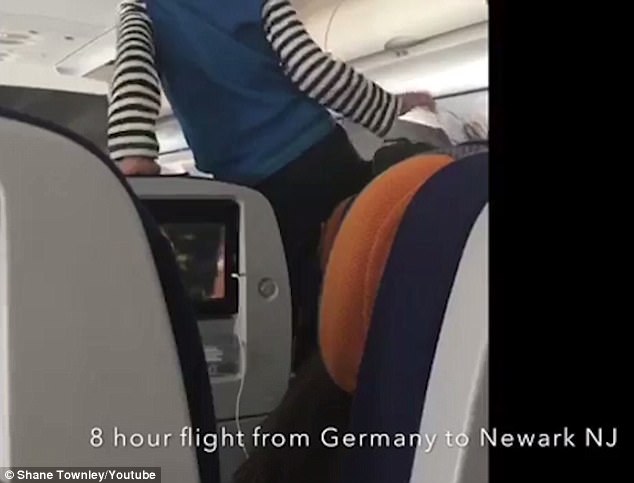 *Passengers called it a “flight from hell.” This may sound rather brutal, but a 3-year-old boy, possibly with special needs, traumatized passengers on an 8-hour flight from Germany to Newark, New Jersey as he screamed at the top of his lungs, climbed on seats and ran up and down the aisles of a Lufthansa Airlines plane last August.

One passenger filmed the entire event, and uploaded it on social media; but not all were happy about that. Comments ranged from people siding with the man who filmed (shown in video below), and others were appalled by his actions.

The incident was first reported by the Daily Mail, who noted one passenger wheeling her suitcases down the ramp at the end of the flight saying,

‘What a nightmare, oh my God – eight hours of screaming’

Shane Townley is the passenger who filmed the incident. He can actually be seen in the video, sitting quietly, filming from his seat. That must be quite a phone — we’re talking an 8-hour flight and he filmed it all?

In the video, which comes with written commentary by Townley, the mom is heard speaking with flight personnel at the start saying her son has a condition that affects his behavior. She is also heard asking for wi-fi so that the child can be entertained with an iPad.

Still, people online had a field day issuing all of their opinions.

‘If this started before the plane took off, the plane should have taxied back to the terminal and kicked the kid and his parents off. This kind of behaviour is just unacceptable,’ one commenter wrote.

‘Call an exorcist,’ wrote another. 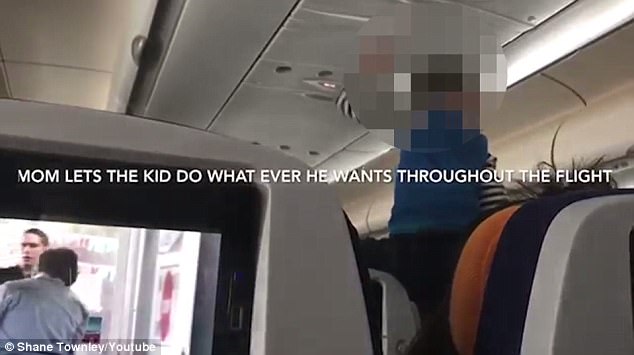 But many were also very empatheti of the child and his parents..

‘The parents were also forced to endure it! People must think parents enjoy listening to their child screaming,’ Amy Calderbank tweeted.

Hannah Stewart added: ‘The poor parents, they probably let him do what he wants to stop the screaming and kicking off for five minutes, nothing worse than disappointing stares or tutting, maybe the mother needed a break too.’

Townley uploaded the footage on YouTube with the title: ‘Demonic child screams and runs through an 8 hour flight’.

He wrote: ‘Watch as this kid runs and screams throughout the entire flight while the mother does little to nothing to stop him.

‘3 years old on a 8 hour flight from Germany to Newark NJ. He never quits!’

He told the DailyMail.com that he had not filed a complaint with the airline ‘but I?m certain someone did as the entire plane was affected the whole time.’

He explained that staff had ‘tried to intervene but the mother said he just needs his internet.’

‘Well internet doesn?t work until the flight is in the air. Once he got started he didn?t stop for 8 hours,’ he added.

A Lufthansa spokesman told DailyMail.com that most passengers ‘were quite understanding of the situation at hand’

‘Our crew worked around-the-clock to de-escalate the situation, tend to all passengers and assist the mother.’

Take a look at the Daily Mail video below. Prepare yourself…