*?Being among the first of a few black women to work in popular television reminds me that one doesn?t choose to be a pioneer, one does what comes next in their journey, and sometimes you happen to be the first to do it.” These words, spoken by actress, education activist and entrepreneur, Daphne Maxwell Reid probably resonate with many deep thinkers; those who have (and continue to) live life on their own terms.

Maxwell Reid is no doubt recognized as a pioneer in television, where she portrayed guest starring roles in shows like ?WKRP in Cincinnati? (where she first worked with her husband, Tim Reid, to whom she has been married since 1982), ?Hill Street Blues,? and ?Simon and Simon.? Then she moved on to lead status with the acclaimed series ?Frank?s Place,? opposite Tim. That’s the couple on a TV Guide cover promoting the series below. 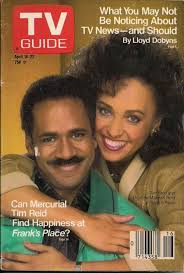 But it was no doubt her role as Vivian Banks in the last three seasons of ?The Fresh Prince of Bel Air? with Will Smith that brought her a whole new  generation of fans.

But there are at least two things that few may know about this  Bronx-bred superwoman. In 1969, she was the first woman of color to grace the cover of Glamour magazine. 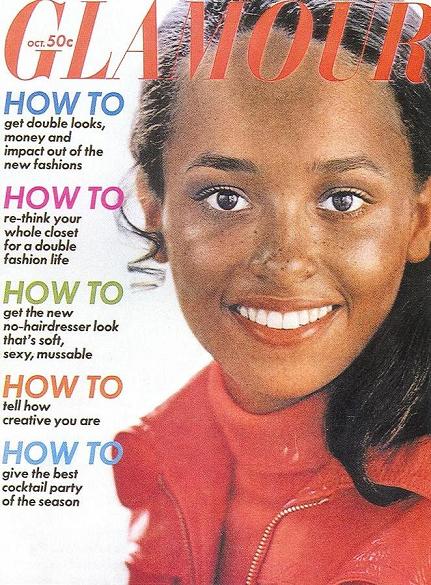 Add to this, as a student at the prestigious Northwestern University, decades ago, she became the school?s first African-American homecoming queen.

Even with such accolades, the pioneer remains humble.

“I just happened to land in that slot of being first for some things ? but being the first doesn?t mean anything if it doesn?t seed the growth of a lot more.  I?m pleased that my seed bore fruit, and now there are so many more black homecoming queens and cover models and actresses in popular entertainment.?

Maxwell Reid clearly had the perfect example to help her realize her potential — her dad, a photographer who had a passion for imagery.

?I grew up knowing that I could be anything I wanted to be, but I also learned the joy and responsibility of working,? she says. Imagine that! Confidence and a work ethic at such a tender age. Is it any wonder she would go on to become a model, actress

Today, living in Virginia with her husband, Tim, Daphne Maxwell Reid appears to be busier than ever. She has built a career with her own fashion line, Daphne Style — which wowed audiences at New York?s fashion week in 2017, and is featured on her website daphnemaxwellreid.com. She has also become quite the photographer with a passion for taking picture of interesting doors all around the world.

She says, ?It was about ten years ago, in sharing some of my travel pictures with friends, that they encouraged me to make art out of them.”

?I woke up on my 60th birthday, and I said to myself, ?I am a photographic artist,? and I spent the last decade figuring out what that means,” she recalls. ?I see the doors as a metaphor for life.”

Reid has also been working with Virginia State University, which was ranked 12 out of 104 HBCU’s in America by College Choice; whose rankings are based exclusively on factors real college freshmen said were most important to their college decision.

As she has often demonstrated in her own life, Maxwell Reid is adamant about the process of learning. ?I encourage the schools I work with to make sure that the education the students are receiving is of value in the current economy,? she says, ?and to make sure that they learn the basics of how to think and process information, how to go to an original source ? teaching people how to think is far more important than teaching them how to memorize facts.?

A true original who even found a way to use her fascination with doors to encourage youth.

“The journey of doors is something that I like to preach to young people; every choice you make leads you through a door on an adventure, on a new journey, on a learning trip,? she tells them.

Look forward to an in depth interview with Daphne Maxwell Reid on the Electronic Urban Report (EURweb.com) soon.

In the meantime, to learn more about her work in fashion and see her journeys through Europe and Cuba captured via her photographs on postcards, print collections, gallery exhibitions and more, visit daphnemaxwellreid.com.

Do you know of someone we should SPOTLIGHT? Send suggestions to [email protected] for consideration.