*OK, I’ll get right to the point on this crazy sh*t. On Thursday, Waukesha County Judge Michael Bohren threw caution to the wind and discounted the whole age thing when he sentenced a minor to 40 years in a mental hospital for her part in the attempted murder of a classmate.

In 2014, Morgan Geyser was one of two 12-year-old Wisconsin girls who lured a girl into the woods and stabbed her, 19 times, because they wanted to please the fictional horror character called “Slender Man.”

The character, who was created as an online meme in 2009, is named as such due to his abnormally tall, lanky, spineless figure. See him pictured below. He has a featureless head and face that almost looks as if he is wearing a white wool pullover mask. 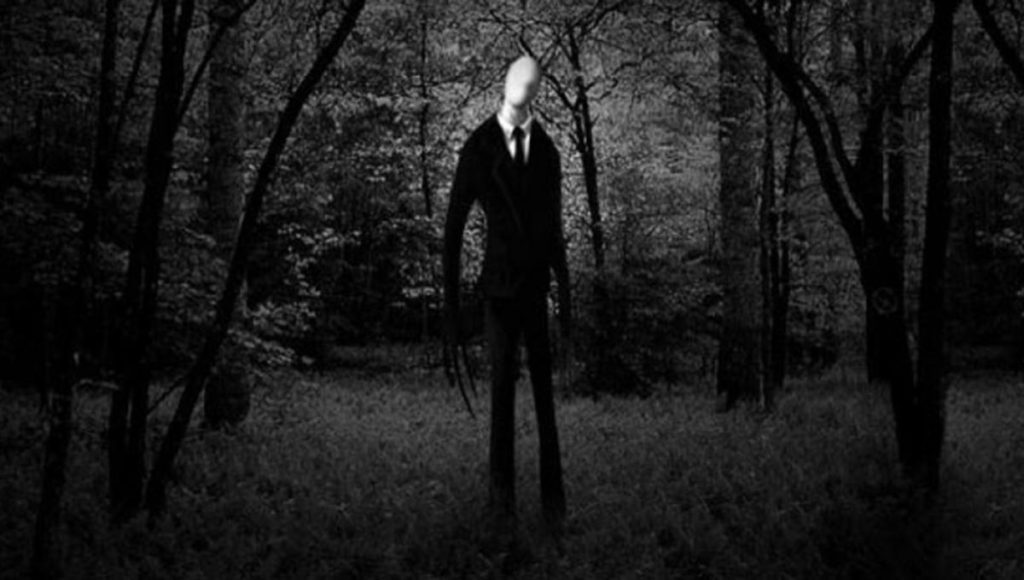 According to legend, and as written in Wikipedia, he can stretch or shorten his arms at will and has tentacle-like appendages protrude from his back.

The stabbing garnered national attention in 2014 as The Slender Man Stabbing. According to the Chicago Tribune, Anissa Weier, the other girl who took part in the crime, was sentenced to 25 years in a mental hospital in December.

Weier pleaded guilty in August to being a party to attempted second-degree intentional homicide, but claimed she wasn’t responsible for her actions because she was mentally ill.

In September, a jury agreed.

Both girls said they did what they did because they feared Slender Man would otherwise harm them and their families.

They both told the court that they had lured the victim, Payton Leutner, into some woods near a suburban Milwaukee park. Geyser stabbed Leutner 19 times while Weier urged her on, according to investigators. The girls left Leutner for dead, but she crawled out of the woods and got help from a passing bicyclist.

Geyser, now 15, broke down in court as she spoke.

“I just want to let Bella and her family know that I’m sorry,” she said, using a nickname for Leutner. “And I hope she’s doing well.”

“What we can’t forget is this was an attempted murder,” Bohren said. Earlier, he heard from four doctors who talked about how Geyser is making progress with her mental illness, to various degrees. But the judge called the teenager “a fragile person” whose long history of suffering from delusions make her a risk to hurt herself and others.

“Really judge, it’s a miracle that Payton is still with us, that she survived this,” said prosecutor Ted Szczupakiewicz.

Arguments from the teen’s lawyers continue as to whether Geyser, who has been in a mental hospital since the attack, can be in a less restrictive facility with people her age. She is said to be the youngest person where she is currently placed.

“I believe at the present time she is no more dangerous than any adolescent her age,” said Dr. Kenneth Robbins.

Geyser pleaded guilty to attempted first-degree intentional homicide in October as a plea deal to avoid prison. She may seek conditional release before the 40 years are up.