*A father, two sets of grandparents, and now you, dear reader are all baffled at why a mother of two young children ages 3 and 7 would turn around and kill them and then kill herself.

Christina Treadway, a game-day ticket taker with the Carolina Panthers, was pronounced dead at the scene after jumping from a bridge on Interstate 485. The body of the 34-year-old woman was identified by Charlotte-Mecklenburg police; who then went to her home to find two critically-injured children — her 7-year-old son Isaiah Miller, and her 3-year-old daughter Iliyah Miller, who later died from their injuries at Carolina Medical Center, according to WKRN.

And get this people.

The kids dad, who had been with the wife for the past 10 years according to the kids’ grandfather, Greg Moore, said his son learned about what was going to happen via text while out with friends.

He got a text from her ?saying that she loves him and she?s sorry and that she?s going to end it all and the kids.?

Can you imagine him trying to get home in traffic? Any amount of speed would still be too slow, I am sure.

?What she did is unbelievable,? Moore said.

Everyone is shocked by Treadwell’s actions, and police have no leads on what may have triggered the young mother to commit such a heinous act. But a comment made by grandmother Tina Moore may be a good start in the right direction. 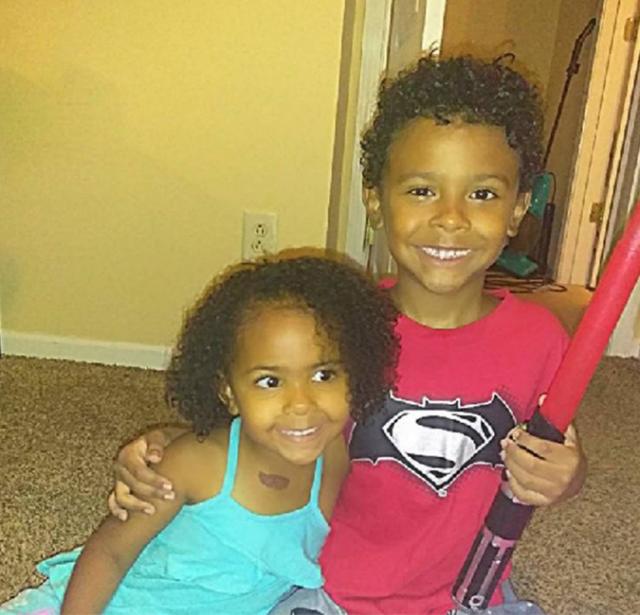 After the deaths of his children, the father wrote on a GoFundMe page, ?My kids were my everything I truly don?t know how my life will go on.?

?We love those kids and this has by far been the worst day of my entire life,? the children?s grandfather, Greg Moore, told FOX 46 WJZY.

Police did not release information as to the injuries that led to the children’s death, and they are focusing on events that may have led up to the action.

Read more on this story here.