*…she’s going to have a whole lot of fun watching us ride the wave of “maybe” or “could happen.”

I can hear her now, behind closed doors: “Chile please. At this age and stage of my life, do you really think I need — hell, want —THAT responsibility!”

I mean seriously, you’ve carried a lot on your shoulders for decades with your own talk show, foundation, network, acting, commercials. Even now, you’re showing signs of trying to lighten your load: (selling nearly 25% stake in OWN; changing lanes and shifting gears with more acting roles i.e. Greenleaf, Henrietta Lacks and the upcoming fantasy film, A Wrinkle in Time).

It’s highly doubtful, also, that you want to have that much accountability. I mean being responsible for an entire country! Having the entire WORLD question your politics. As “intriguing” as the thought may be (a word used by your BFF Gayle King), nah. As we say in the neighborhood:

Miss Oprah, you’ve been in this business for a long time. You know the public is fickle. Gullible. And yes, somewhat superficial. We get caught up in what is in our immediate view. You looked so pretty in your black dress at The Golden Globes. Your eyeglasses always match what you’re wearing. And no one speaks  as confidently and assured as you. We won’t even go into all the dollars you’ve amassed.

Our minds are just blinded by the bling, girl.

We adore you, Miss Oprah. But don’t take us too seriously on this front. Don’t feel pressured to take this on. In this climate of anything goes, I’ve got a strong feeling that, after the excitement of ‘The Globes’ die down, though your truthful words will forever be etched in our hearts, the whole presidential thing will dissipate.

But hey, that don’t mean we won’t ride this wave for now.

Seriously though…H&M: WTF Were You Thinking? 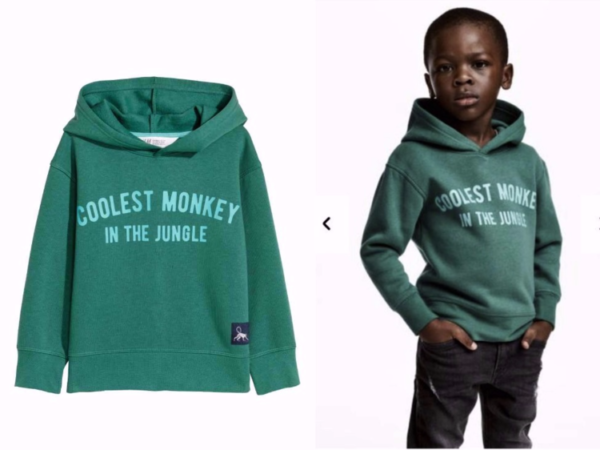 OK, first up, you need to fire your marketing department. Now! “Third party” excuse be damned! On what given day would you, they or whoever, believe the words “monkey” and “jungle” in association with a Black person — not to mention a child — would not be offensive? Surely you jest. Did you actually think adding the word “coolest” would take the sting out of the offense?

You and those like you tire us so with your actions; followed by a push of the delete button and statements offering apologies.

We SO don’t want to hear it.

If that did not cross your mind, damn, you’ve got an even greater problem.

But the old adage of hit ’em where it hurts — in this case, the pockets, will probably sting the most. 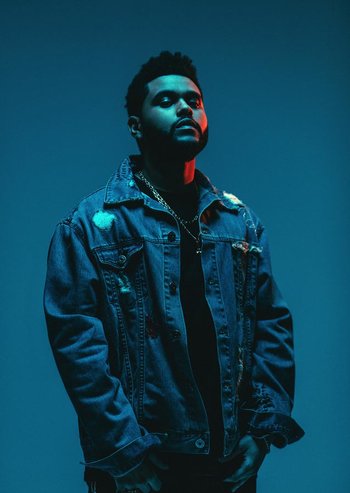 Abel Tesfaye, better known as The Weeknd, began an association with H&M in 2017. He modeled in ad campaigns and collaborated on pieces for his XO brand. But after seeing the ad he tweeted”

“woke up this morning shocked and embarrassed by this photo. i?m deeply offended and will not be working with @hm anymore…”

He also included a photo of the ad.

By 11:15 am that morning, the tweet from the Canadian born singer of Ethiopian parentage had been re-tweeted more than 117K times and garnered upwards of 268K likes.

He wasn’t the only celebrity to speak out.

Musician, producer and all-around busy man, Questlove, chimed in on the racially-insensitive ad as well.

“I’m sure the apologies are a coming,” Questlove wrote on Instagram. “And the ads will be pulled. I’m certain there will Be media fixers and whatnot and maybe a grand gesture like a donation to some charity (donations under these circumstances are the corporate version #SomeOfMyBestFriendsAre move if there ever was one) all this tells me about @HM is that the seats in the boardroom lack something…wanna take a guess?”

One post, by Alex Medina, an art director and music producer from New York may have said it best!

In the year 2018 there?s no way brands/art directors can be this negligent and lack awareness. If look at other sweaters in same category they have white kids. We have to do better.

Your thoughts on Oprah as president, and H&M losing their mind are welcomed?

One thought on “Seriously Though: Will Oprah Run for President? Probably Not, But…”